A matter of resources 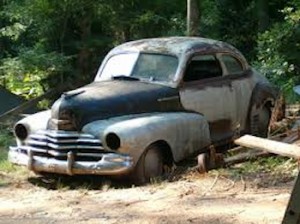 For 21 months members of the Safe/Quality Housing Task Force (TF) have met to hash over problems and solutions aimed at improving the safety and quality of DeKalb homes. They officially handed the torch from their work to the city council to do something with at the June 26, 2012 Special Joint Meeting of the TF, staff and city council members.

Mayor Kris Povlsen likened the process to that of buying a car. He and the council will choose what type of car they want to drive. Then they’ll decide how to pay for it.

The classic car would require hiring more building inspectors and code enforcement officers to drive it. It’s a classic because it’s a model staff has wanted for sometime — at least as long as to back when the new construction boom ended and a department that was dependent on developer extractions and building and impact fees had no funding to support its salaries. That’s when a not-so-popular Rental Inspection Program and Chronic Nuisance Ordinance was proposed and even implemented sans funding until city finances got so bad that the city council approved borrowing $1.5 million dollars to give to the employees they were laying off. The building department went from 11 inspectors to three.

The classic model would be painted similar to the program car driven by Mount Prospect officials. It would require landlords to register, get licensed, get property inspections and (along with their tenants, if applicable) pay punitive fines for repeated property zoning violations and disorderly or criminal behavior. Since a TF study indicated that property code violations occur as frequently among homeowners as renters then single family residents would also be subject to some of the new regulations.

The TF model is consensually stripped down to the bare necessities. It would create a Disorderly House Ordinance aimed at making it easier to evict continually troublesome tenants as well as those committing criminal offenses through a Crime Free lease addendum. It would also create a “three times and you get bigger fines” system for landlords whose properties have a certain amount of police calls within a given year. All landlords would be required to register their contact information and pay a one-time fee of $3 for each rental unit. Inspections would continue on a complaint only basis.

For the council to drive the classic car recommended by staff a revenue source must be identified. The data showing the number of problematic rental units are equal to the number of problematic homeowners rules out the previous financing method of annual licensing fees and fines for landlords (who would pass those costs on to their tenants). And it appears that Mayor Povlsen has test driven the classic model as he repeatedly told the TF and council members that a revenue source (tax increase) was needed to pay for the program.

Brian Morsch, a member of the TF and DARA (DeKalb Area Rental Association) told the group that DeKalb area landlords would run and pay for the implementation of the TF recommendations. He repeatedly called for community service officers instead full time building code enforcement officers and inspectors. Considering that the average total compensation cost per city employee is around $64,668 (and part time employees are included in that number) something other than adding full time employees seems financially logical.

Brendon Gallagher (4th Ward) thinks the council should be looking at technology instead of human resources to implement the program at least wherever possible. Kristen Lash (3rd Ward) noted that in her ward, and she suspects in other wards in the city as well, there are new landlords forced into the business because they are upside down in their mortgage and the only way they can keep from defaulting is to rent their homes or parts of their homes out.

At one point Mayor Povlsen said emphatically, and told the media to quote him on it, that if the council wasn’t willing to raise taxes to pay for the program then everyone should just go home. The packed chambers filled with citizens of all sorts said collectively but under their breath.

Every time I bought a car, I *first* decided how much I could afford. That totally drove (pun intended) my decision on what kind of car I bought. I only ever financed one, but I paid off the five-year loan in 14 months. I paid in full for the rest.

I think it is absolutely lovely that some folks get to choose the car of their dreams and then get others to pay for it. However, most of us start by looking in our wallets first to see if we can afford a car at all.

Maybe more opportunity would serve the goal of safe and quality housing better than punitive enforcement dreamed up by the geniuses among those that got theirs?

If single family homeowner residents are having as much problem keeping up with the codes as investment property owners with renters maybe that’s a sign that 1) ya got too many codes; and/or 2) our residents are struggling too much to keep up with maintenance. In either event it’s not the most caring thing to do — creating and increasing more fines and fees.

Quit building empires to get your name on a plaque. Quit petting your projects. Quit stuffing your pension. Create access to opportunity for all residents not just those in your choir or network. That’s community development. That’s leadership.

I think this is a great idea! For an encore we can disband traffic court and have the “Independent Motorists Moving Around DeKalb” (IMMAD) manage all the traffic tickets and speed limits.

Then we can disband the liquor commission and form the “Independent Bar and Alcohol Distributors of DeKalb” (IBADD) make all the rules and supervise the bars.

City staff has managed to create an environment where they are free from meaningful oversight, so why shouldn’t other sectors of the local economy enjoy those same freedoms?