Apparently there is some unfinished business between DeKalb Taylor Municipal Airport and Corn Fest. I received a copy of the following email from a party involved in the current airport litigation.

Again I call for the Mayor and City Council to conduct an independent investigation into this matter and DTMA operations in general. This is not the expected or desired result of public-private partnership.

FAA and IDA have been notified of an event (Corn Fest) which is planned to be held at DKB this summer.  An airport user has contacted both IDA and myself with certain concerns, one of which is access to his hangar and the usable airport during the event.

But before we even get to that issue, we must address the airport’s responsibility as per its grant assurances.  The City of DeKalb is obligated to operate the airport for aeronautical purposes only, unless approved by the FAA.  Closures of an entire airport is not endorsed by FAA.

Partial closures, which I hear Corn Fest is, still requires approval by FAA.  And if Corn Fest has previously been held at DKB and closed part of the airport for a weekend, I would say that it should have been coordinated.

Since DKB is a State Block Grant airport, I have asked Mike Irwin to preliminarily coordinate with you for any proposal to temporarily close part of DKB for such an event.

I/we formally do not know of the particulars on the proposed event.  But judging from the website, it’s a go for the event.

Items that you need to provide and coordinate with Mike Irwin include, but are not limited to:

–  An agreement between the airport and/or the City of DeKalb, as Airport Sponsor and the event proponent.  Of particular importance is the amount of money received by the airport from the event.  This MUST be some form of Fair Market Value revenue received from the event and put into the airport operations fund.  Failure to do so could put the airport in noncompliance with its Grant Assurances. IDA/FAA may request proof of payment to ensure compliance.  I would also add that a token sum of something like $500/day or $1,000/day for what appears to be a pretty big event is not considered Fair Market Value.  The agreement should also cover repairs to damaged facilities to the airport as a result of the event.  That could cover, pavement, hangars, NAVAID’s, and even grass.  Some agreements can even cover lost revenue to any businesses (FBO’s) on the airport.

–  A proposed plan showing the portion of the airport to be temporarily is needed.   A drawing depicting setback distances to the open (during the event) airport operational areas, including plans for access by the aeronautical users (i.e. hangar areas).  Various use areas (i.e. concert stage, ferris wheel, etc.) should be depicted.  The airport needs to coordinate this event with the airport’s users to ensure they know the boundaries of the event and what impacts there will be.  While there may be cases where a user is agreeable to not use the airport during that timeframe, access to the users that indicate their desired use of the airport during the event needs to be addressed.

–  I googled the event and there appears to be rides (usually associated with Fairs, etc.).  Any temporary structures must be coordinated as per FAR Part 77 and studied by FAA for potential impacts to air navigation for the remaining open airport facilities.

Feel free to contact Mike and/or myself with any questions, but coordination of such an event is required.

Also, please feel free to share this email with any interested or affected parties such as the promoter, the City of DeKalb, Airport Advisory Board, etc. 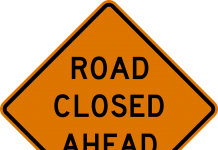 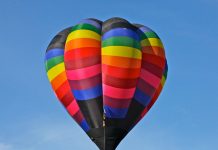 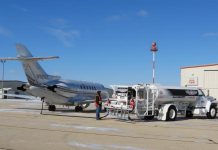