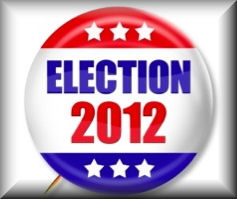 Today was the final day for Established Party candidates to file their nominating petitions in the various Election Authority offices’ statewide. The DeKalb County Clerk & Recorder’s Office receives nominating petitions for the local offices up for Election, (i.e. County-wide, County Board, and Precinct Committeemen).

The ballot will be made official on January 18, 2012 after the DeKalb County Clerk & Recorder receives the certification list from the State Board of Elections on the candidates up for Election at the State and Federal level, as well as any referendum items on which to be voted.

Parties interested in filings at the State level should visit www.elections.il.gov for a complete listing of those candidates.

The Election season now enters the phase where the public may challenge a petition’s validity. This period ends on Monday, December 12, 2011.