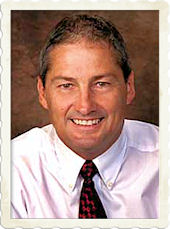 “It is an honor to have been chosen acting director of the Convocation Center. This month marks the ten-year anniversary since the Center opened its doors to the NIU community, the City of DeKalb and the region we serve,” said Jenkins. “The team I join is worthy of high praise for the job it has done in establishing the Convocation Center as a first class operation, one of which NIU can be proud.”

Jenkins, a 1985 NIU graduate, returned to NIU in 1991 after serving as director of ticket sales and merchandising and later director of stadium operations for the Peoria Chiefs, the Class A minor league affiliate of the Chicago Cubs.

He served as NIU’s athletics ticket manager for three years before serving seven years as assistant athletic director for facilities and events. In 2001, Jenkins joined the HSC staff as assistant director before being promoted to associate director in 2003.

According to Jenkins, “The parallels that exist between the Holmes Student Center operation and the Convocation Center operation are significant. Already, integration exists between the two, and moving forward we hope to further that cooperative effort in a manner that enhances the efficiency and effectiveness of both operations.”

As a former NIU student and a 20-year employee, Jenkins brings a unique perspective to the position as well as a strong vision for the center’s role on campus as relates to the student experience.

“First and foremost, the Convocation Center must serve the NIU community in the highest possible manner, lending full support to the general mission and learning environment of the university,” he concluded.