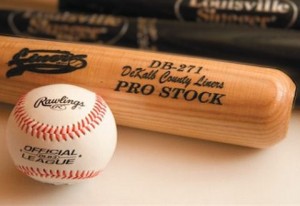 The DeKalb County Liners defeated the Chicago Zephrys Sunday afternoon at Waubonsee Community College by the score of 8-1.  With their win, the Liners have clinched the 2012 Midwest Collegiate League pennant and have earned home-field advantage for as long as they remain in the playoffs.

The Liners finish the season with a 29-15 record, and hold the tie-breaker over the Northwest Indiana Oilmen, who entered today’s game at Southland with a 28-15 record.  Saturday night’s ten-inning, walk-off win by the Liners over the Oilmen clinched the season series for the Liners, 3-2, and thus gave them the tie-breaker edge.

The locations of the team’s stadiums are:

Should the Liners win their semi-final series, Game 1 of the Midwest League Collegiate League Championship Series would be held at Founders Field on Friday, August 3, at 7:05 p.m.