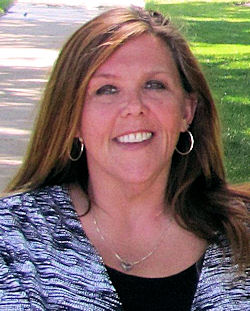 Today the Wanda Rohl for Congress campaign made an announcement that will draw a stark difference between her and her opponent. Wanda Rohl announced that she will not be seeking national financial campaign contributions.

“I would love to see a fair and equal playing field for campaigns and we will work towards that; but for right now my campaign will be seeking contributions from individuals who believe in my campaign.” Rohl said making the announcement. “Most importantly however, we are asking the individuals’ of the district for their support.”

The Ottawa social worker, who is also a wife and mother, considers herself a citizen candidate. “I am passionate about having a real common sense citizen in Washington, speaking for the working people of the 16th District instead of a hired and paid for politician.” Wanda said.

Paralyzed from the ribs down after a 2003 ATV accident, she has used the social safety nets to work her way through college and into the position she has now.

“It is time to give people a say in this election and in their government.” Rohl continued, “My opponent is bought and paid for. And I hope they get a receipt because they just might need it.”

“Someone has to be able to say this money madness has to stop. And it stops if candidates stop participating in it” Rohl points out that her opponent accepted over $20,000 from Eric Cantor, Republican Whip of the U.S. House in his primary race against long time representative Don Manzzulo this past spring. According to FEC records he has also taken in thousands of dollars from multi-national corporations and wealthy donors such as the Koch brothers from all across the nation. According to FEC records Rep. Kinzinger’s financial support has come overwhelmingly from out side his district and the state of Illinois.

“I wish to extend a challenge to Mr. Kinzinger to join me in an effort to take money out of our race here in the 16th District.” Wanda Rohl said, “Let’s not have money be the issue, let’s make our race be about the issues, concerns, and needs of the people who live in the 16th district.”

The Rohl campaign said they would accept volunteers if offered by a national organization but not money.

Rohl’s campaign also points out that Rep. Kinzinger does not just spend campaign donation money but also tax payer money to get his name out to his constituents.

“My opponent spent nearly $80,000 of tax payer money on mass mailings and communications, just under $900 for every day of his first three months in office.” Wanda Rohl added. “I was born in the 16th district and I have lived here all my life. I will be seeking the support of my neighbors and friends not the help of corporate executives on Wall Street. My people are on the country roads and the small town streets of this district. I am going to represent them, not millionaires who have never spent a day walking our streets.”

Wanda will be seeking support of local citizens in DeKalb this weekend. She will be holding a “Speak Out to Rohl for Congress” event from 2pm to 4pm Saturday July 21st in the Terrace room of the DeKalb Hopkins Park Community Center.