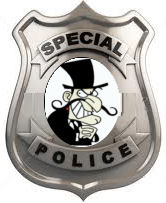 For dramatic effect I printed out the names and pertinent information about upcoming (2007-2008) Sheriff Auctions of foreclosed homes in the area. The list required multiple pages. At a DeKalb city council meeting and at a District 428 facilities planning committee meeting I made the list unfold to illustrate my point. The handwriting was on the wall. The bottom was falling out on the housing market and there goes the economy.

Here we are edging closer to the financial cliff and 7th ward alderwoman Monica O’Leary wrote a startling message on the brick wall for the mayor and her fellow aldermen.

“NIU is requiring freshmen and sophomore students to live on campus,” said O’Leary while expressing concerns she had with the creation of the DeKalb Police Department’s new Bureau of Housing Registration and Inspection.

The mayor and aldermen seemed totally caught off guard. But that didn’t stop them from passing (O’Leary and 1st ward alderman David Jacobson dissenting) the most comprehensive housing regulation laws in the history of the city on a night when one of the proposal’s staunchest objectors, 6th ward alderman, Dave Baker, was absent due to a vacation. Because the package required amending the budget a super majority vote was mandatory. Had Baker been at the meeting the program’s funding would not have passed.

Several of the landlords sitting in the chambers gasped when they heard that sophomores were being removed from the local rental market. They were resigned and prepared for staff recommendations to prevail over community input as that is SOP at this city hall with this mayor and city council.

There are tough years ahead for rental property owners in DeKalb and the draconian housing regulations will only contribute to their woes. The loss of sophomores, declining enrollment, and the surge towards online diplomas will have impact on the rental market vacancy rate in the city.

To rub salt into the wound all of the property inspection, code enforcement and disorderly house regulations have been waived for NIU student housing and DeKalb County Housing Authority rental projects.

Mayor Kris Povlsen said the passing of the regulations and creation of another layer of government was the culmination of two years of work. Two years? He must have meant this attempt.

City manager Mark Biernacki reminded O’Leary that it was the council’s job to set policy and his job to execute those policies. The mayor cautioned against micro-managing. But Biernacki has doggedly pursued the rental inspection, chronic nuisance policy initiative even after it was rejected by previous councils.

In 2008 when Carbondale (home of SIU) was trying to get an annual rental registration/licensing fee passed the effort received an assist from DeKalb. According to an October 15, 2007 article in the Southern Illinoisan:

Some city officials think inspection fees and beefed-up ordinances could be the answer.

“Right now we do our inspections on a complaint-by-complaint basis,” Pinne said. “That works out to about 10 to 12 inspections a day.”

Pinne said, with a staff of just three inspectors, including him, and a pool of 7,500 rental properties, demand has outstripped the city’s ability to inspect each dwelling.

“If we go with the rental inspection fee program we are looking at doubling our staff,” he said. “With the number of complaints we’re getting, the overall need is great. The goal is keeping people from getting hurt and saving lives.”