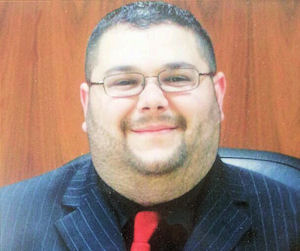 David Jacobson, current First Ward Alderman, has announced his candidacy for the 2013 Mayoral Race in the the City of DeKalb. “We have an opportunity upon us that we haven’t seen for 30+ years. With the “changing of the guard” at NIU, it’s become apparent that it’s long past due for our city to step up, take the lead, and forge the type of relationship that will allow our Communiversity to mutually prosper.”

Doubters may question, at just 28 years old, if Jacobson has the experience necessary to run for mayor. “As the only candidate running who operates his own business, I have had to use technology, new ideas, creativity, and a strong fiscal ideology, not only to keep the business afloat, but to put food on my table. As the business owner, I don’t have the luxury of having someone else to do it for me or freely spending someone else’s money.” Throughout his nearly 2 years in Aldermanic service, Jacobson has shown a strong tendency to side with what he terms as “the common sense approach”, favoring cost effective solutions, voting against wasteful spending, and supporting the ideology of doing more with less. “The reality we face today, due to the fallout from the financial crisis, is that the “business as usual” ideology just doesn’t work any more. The same old way of doing and thinking before the crisis isn’t a viable option today. Going forward, we need to be creative, use our resources more effectively, and find new ways of getting both the City’s goals and the needs of the residents accomplished without continuing to add to the the bills of the already over burdened tax payer. “

Business Focus
While private business and most residences have been forced to tighten their belts and search for ways to cut cost, the City, like most units of government seems to be stuck in the stone age. Dated computers, ink and paper documents, and much of the grossly outdated, technologically-phobic practices the City follows have proven to be woefully wasteful; not just in dollars and cents, but in impact to our environment. Jacobson’s focus is on bringing the City “up to speed,” using technology to reduce costs, re-examining current staffing practices, and making the overall operation more sustainable, both economically and ecologically. Jacobson strongly believes the City needs to be run more professionally and more business-like. In this economy, the average tax payer is already stretched dangerously thin, its up to the leadership of the City to understand and respect that and learn to better live within their means.

Four Pillars
Jacobson believes that being a “Public Servant” should entail exactly what the titles implies; serving the public. In order to do so he has focused on developing his “Four Pillars” of good government.

Accountability- City officials, either elected or appointed, need to be accountable and responsive to the public’s needs. Clearly defined, measurable goals, with regular reviews of effectiveness.

Transparency- A truthful, open government with strong support and encouragement of public discussion and input.

Financial Responsibility- Maintaining necessary and convenient access to resources by the public, while cutting costs and maximizing resources.

Personal
David Jacobson moved from Prospect Heights, Illinois to DeKalb in 2002 to pursue his undergraduate education.. He has both an Associate of Arts (Criminal Justice) degree from Kishwaukee College and a Bachelors of Arts degree (Political Science) from NIU. Jacobson has owned and manged properties in the 1st, 6th, and 2nd Wards and has done so professionally since 2006. As an undergraduate, Jacobson was heavily involved in Sigma Alpha Mu Fraternity and after graduating, joined the Fraternity’s National Board of Directors. He continues to stay active in the NIU Greek Community, in an alumni capacity, acting as an officer in both the Greek Affinity Council (Alumni Association) and as the Treasurer of the Alumni IFC. Additionally, Jacobson has coached for Special Olympics Illinois since 2002. He has also been an avid supporter of NIU athletics. Since being elected Alderman, Jacobson has concentrated on a host of safety initiatives, quality housing, and support of local business. He has also been at the forefront of actively responding to the concerns of students and residents alike.

David would like to personally invite the residents to join him for the first of several meet and greet / public forums he will be hosting. The first event, which is scheduled for December 18 from 6pm-8pm at the new Fanatico Restaurant, located at 1215 Blackhawk Rd. in DeKalb. He has also invited residents to contact him directly to discuss issues, as well as share comments or concerns. He can be reached by email at David@JacobsonforDekalb.com . Lastly, Jacobson has invited all residents to visit his website, after the first of the year, to learn more what he believes in and his vision for DeKalb. The site can be found at www.JacobsonForDekalb.com 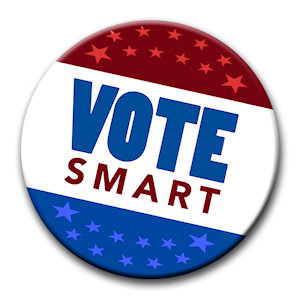 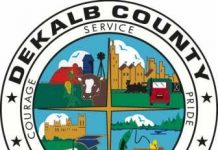 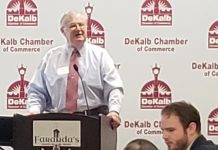 State of the City of DeKalb Presentation