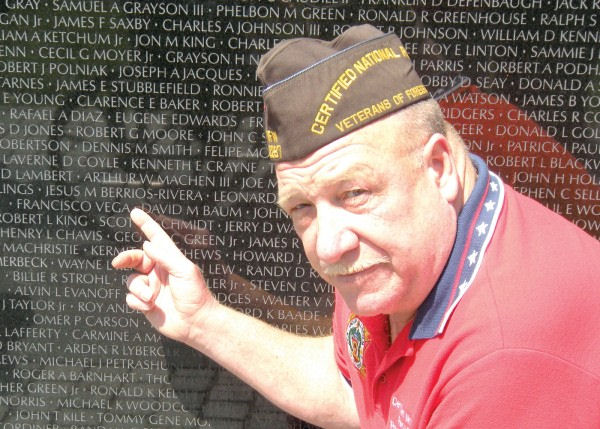 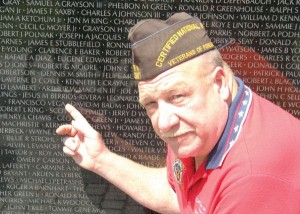 DeKalb resident Paul Kallembach is one of three finalists selected for General Motors’ Our Town, Our Heroes program due to his steadfast work with the Chicago Service Office of Veterans of Foreign Wars (VFW) and the Hines Veteran Affairs (VA) Hospital. Beginning November 2, the public is encouraged to vote for their favorite hero at DrivingtheMidwest.com. Voting continues through November 16, and the hero will be announced on November 19.

Kallembach’s friend, Terry Vance, nominated him for the Our Town, Our Heroes program, sharing how Kallembach selflessly dedicates his life to assisting veterans across Illinois. From transporting veterans to the Hines VA Hospital and the VFW services office, to assisting with VA enrollment and disability benefit claims, Kallembach goes above and beyond to serve veterans. Vance writes, “Paul’s efforts stretch beyond just ordinary service, and he knows the importance of honoring every veteran, living or deceased.”

General Motors launched the Our Town, Our Heroes program in 2011 to recognize and reward unsung heroes who are inspiring and empowering others in their local communities. Every month, the program will narrow down the nominations and open voting of the featured finalists to the public to select the winner. The hero and his or her nominator will receive a one-week loan of an all-new Chevrolet, Buick, GMC or Cadillac vehicle and a full tank of gas. New to the program this year, the winning hero will also receive $500 in gift cards, and the second place hero and his or her nominator will each receive a one-week vehicle loan.

“The efforts of individuals like Paul don’t stop in DeKalb, but have the potential to inspire the surrounding communities to help local veterans,” said Brian Goebel, General Motors North Central Region Communications Manager.

To read Vance’s description of why Kallembach is an inspirational hometown hero or to vote for Kallembach, visit DrivingtheMidwest.com.

About General Motors – General Motors (NYSE:GM, TSX: GMM), one of the world’s largest automakers, traces its roots back to 1908. With its global headquarters in Detroit, GM employs 202,000 people in every major region of the world and does business in more than 120 countries. GM and its strategic partners produce cars and trucks in 30 countries, and sell and service these vehicles through the following brands: Baojun, Buick, Cadillac, Chevrolet, GMC, Daewoo, Holden, Isuzu, Jiefang, Opel, Vauxhall, and Wuling. GM’s largest national market is China, followed by the United States, Brazil, the United Kingdom, Germany, Canada, and Italy. GM’s OnStar subsidiary is the industry leader in vehicle safety, security and information services. More information on the new General Motors can be found at www.gm.com.