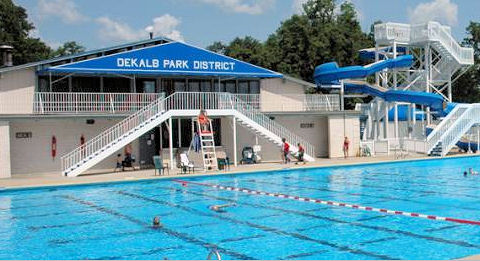 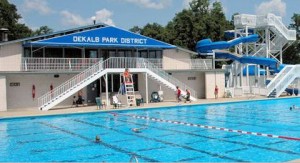 The DeKalb Park District Board will be hosting two Open House Meetings for the purpose of gathering public input in the planning process for a new aquatic facility.  The first will be held tonight, Thursday, February 28th, 2013 at 6:30pm and Saturday, March 2, 2013 at 9:00am. Both meetings will be held at the Hopkins Park Community Center, on the second floor.

In 2010, the DeKalb Park District asked the community to support a fifteen million dollar referendum to replace the existing Hopkins Pool with a new aquatic center in a new location in Hopkins Park. The proposed facility included expanded amenities such as a lazy river, group areas, and additional parking but more importantly it called for the replacement of the 35 year old main Hopkins Pool. Although the referendum failed, the sentiment of the community relayed to the District was received… Address the aging pool, but do so without a property tax increase.

The Park District is now prepared to move forward with the much needed replacement of Hopkins Pool without an increase in taxes. Funding for the project will come from the sale of bonds which will be financed through the District’s Capital Improvement Program. Over the course of the past year,
the Board and staff have evaluated all capital improvements and expenditures for projects. Vehicle and equipment replacement programs, the utilization of grants to fund park improvement programs, and maximizing all resources in order to provide funding for the pool replacement without significantly impacting other capital projects were considered. The projected six million dollar project budget provides an opportunity to remodel the locker rooms, replace the existing pool, provide new mechanical systems as well as relocate the entrance so that the pool and Terrace Room access can be separate functions. The anticipated timeline is to close the existing facility at the end of the 2014 summer season, and re-open with a new facility for the summer of 2015.

The two public meetings will be held to review architects’ schematic plans, learn about the Aquatic Center project, and give the public an opportunity to provide input in the planning process. The meetings should last approximately two hours. An evening meeting and a weekend meeting are scheduled in order to provide flexibility and encourage participation. If you are unable to attend a meeting but wish to provide input, please feel free to email comments to ccapek@dekalbparkdistrict.com or call 815 -758-6663 x124. The Hopkins Park Community Center is located at 1403 Sycamore Rd.,  in DeKalb, IL.