The Northern Illinois University Board of Trustees approved the appointment of F. William Nicklas to the position of vice president for public safety and community relations during its March 21 meeting, effective immediately. 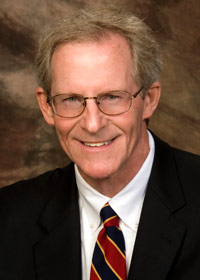 “Nothing is more important to the Northern Illinois University community than the safety and security of our students, faculty and staff and relations with our communities,” board Chair Cherilyn G. Murer said of the appointment. “Bill’s public safety oversight experience, as well as his collaboration with local leaders, will continue to make NIU a place where education and research flourish in a caring living and learning environment.”

Nicklas has served as the associate vice president for institutional planning and sustainability since joining NIU’s administrative ranks in October 2011 to oversee community-based strategic and economic development initiatives as well as assisting in the development and implementation of the necessary plans to achieve the goals set forth in the Vision 2020 Initiative.

In November 2012, he was named acting director of Public Safety.

“The scope of Bill’s position has evolved significantly, and he has provided important expertise to NIU in relation to public safety management and functions and community affairs,” said NIU President John G. Peters, who recommended the appointment to the board. “His years in city management in both Sycamore and DeKalb have served him well in providing oversight of NIU’s public safety department, and now he has the chance to continue the work he has already done.”

In his expanded role, Nicklas will also serve as NIU’s senior crisis team manager. His promotion signals the significance that the university places on community relations going forward.

“Bill Nicklas is uniquely qualified to be the point person for NIU’s commitment to partner with our local communities to improve economic development, educational attainment and quality of life for all of our citizens,” Peters said.

Prior to joining NIU, Nicklas served 13 years as chief administrative officer for the City of Sycamore, where he had responsibility for the city’s management, planning and economic development and oversight of the municipal public safety functions. Before that, Nicklas had similar responsibilities as city manager in DeKalb from 1992 to 1997.

A graduate of Bucknell University, Nicklas holds both a master’s and a Ph.D. in American history from NIU.