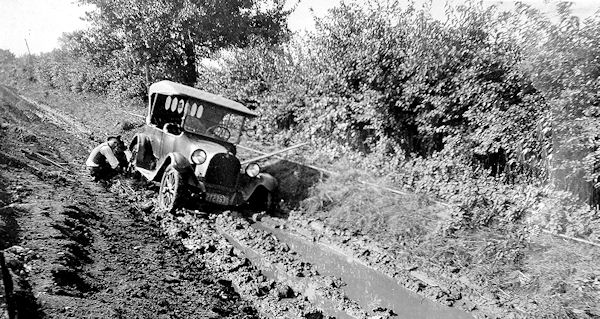 The Lincoln Highway stretches over 3,300 miles from Times Square, New York City to the shadow of the Golden Gate Bridge in San Francisco. In 1913, the Lincoln Highway Association chose DeKalb County to include when they mapped out and established the route, often linking a “patchwork quilt” of already existing roads. Several leading officials from DeKalb County were key to the Lincoln Highway’s success and the Good Roads Movement in Illinois. Soon, residents understood the importance of improved roads over mud, both for automobiles as well as horses and wagons.