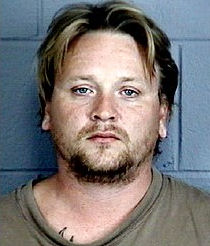 William P. Curl has been sentenced to a term of 37 years in the Illinois Department of Corrections, which must be served at 100% with no credit for good behavior. We believe it is the longest sentence ever imposed at 100% on a negotiated plea to a non-death penalty eligible murder in DeKalb County. While we believe a jury would have convicted him of murder following a trial, his sentence could have ranged from 20 to 60 years, and had he been convicted only of arson and acquitted of the other charges, he would have been out of prison before Thanksgiving.

This was an extraordinarily complex and challenging case and I congratulate Stephanie Klein and Phil Montgomery for their tireless work in bringing this dangerous criminal to justice and ensuring that he has received this sentence on first degree murder that will keep him in prison until 2047. This outcome justifies the confidence placed in them by my predecessor Clay Campbell when he assigned them to this case. I would also like to thank and commend the DeKalb Police, the NIU police, the DeKalb County Sheriff’s Department for their work in the investigation and preparation for trial.

I call the case challenging because it would have involved a trial without occurrence witnesses, a murder weapon, a time of death, a cause of death, limited forensic evidence, and no confession. It is testament to their skill in building this case that Curl ultimately even offered to plead guilty. In all those preparations, Toni Keller, and the suffering of her family, was never out of their thoughts. They also had to consider the gross injustice of a potential verdict of not guilty, and the unimaginable pain that would have meant for her loved ones. Some may be able to put that risk out of their thoughts, but prosecutors cannot.

We in the State’s Attorney’s office are ever mindful of all of our obligations when we prepare for trials and consider potential sentences. We recognize that we can never fully understand the pain of the families of murder victims, even as we attempt to fully explain all of the intricacies of the legal system. As much as we would like we are not always fully successful. Sometimes, as is the case here, we do not reach a point where the victim’s family is in full agreement with everything we have done. Nonetheless the obligation to make a final decision rests with us, and ethical rules bar us from publicly revealing everything we know about the strengths and weaknesses of the case, lest we betray our strategy to the other side, or provide fodder for an appeal.

We must always remember that our first obligation is to do our utmost to protect the people of the State of Illinois from further harm at the hands of the criminal we are prosecuting. We know we can do nothing more than to obtain a conviction which will result in a term of some number of years in prison. Like it or not, that is the only tool in our arsenal. If a defendant elects to exercise his right to plead guilty, we cannot stop that. We cannot prevent the discussion, because, to avoid appeal issues a judge must ask the defendant, before trial, if he has received an offer. Once the defendant tells us he will plead guilty, we have no choice but to at least discuss how long his sentence will be.

We firmly believe that this result will protect the citizens of DeKalb County, and the People of Illinois as a whole, from further harm at the hands of William Curl, and if a sentence of 37 years, primarily to be served at a maximum security prison, such as the State Penitentiary at Menard, Illinois, is not an adequate deterrence to others I do not know what would be. At the end of the day, prosecutors are placed in office to do what they think is right, in striking a balance between a host of concerns. We can do no more than say that we believe that what we did was right, based on everything that we knew.