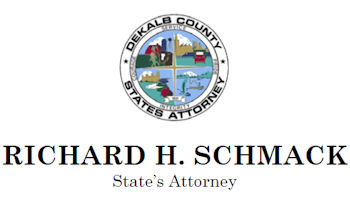 DeKalb County State’s Attorney Richard Schmack announced today that all charges against Michael Hall in connection to the ‘NIU Coffee Fund’ case have been dismissed. The case relates to the deposit of the proceeds from metal recycling at the University into a departmental account controlled by the Materials Management Department at the University, rather than the funds being paid over to the State of Illinois. While there is no evidence that the fund was ever used for anyone’s personal enrichment, all profits from recycling at all state agencies are to be directed to the state Department of Central Management Services in accordance with the provisions of the State Property Control Act and the administrative rules of that Department. NIU has reimbursed the Department for the diverted funds. Hall worked under the supervision and direction of, and reported to, the NIU officials who had actual operational control over recycling at the University and ultimate control over the account in question. Among the functions those supervisors had assigned to him was the hauling of the recyclables to commercial recyclers and returning with receipts and the checks from the purchasers payable to the ‘coffee fund’ account. He would have performed the same, or similar, work activities had his supervisors been directing the funds to the proper place.

His case is similar to that of his co-workers Keenon Darlinger and Susan Zahm, against whom all charges were dismissed last week. After full analysis of the facts, it is the opinion of the State’s Attorney that, like Darlinger and Zahm, Hall acted within the scope of duties that had been assigned to him, with no criminal aim or purpose, and the ends of justice would not be served by his continued prosecution. The Department of Central Management Services, as the aggrieved party in the diversion of the funds, was consulted, through its General Counsel, prior to dismissal of these charges, and concurred in this result. Charges against the three remaining coffee defendants are still active, and, consistent with established policy, the Office of the DeKalb County State’s Attorney will not provide further comment pending the resolution of those cases.

Charges were also dismissed in the non-coffee fund case against Joseph Alberti. Alberti is also employed in the Materials Management Division, but was apparently entirely unaware of anything about the coffee fund.

However, he did check out a university owned computer monitor for use at his home, in accordance with established NIU protocol on May 19, 2011, with an “anticipated return date” per the University form, of May 19, 2012. This arrangement was approved, but he did not return the monitor until August 8, 2012, 81 days overdue, which subsequently resulted in his arrest on felony charges for theft of state property. As this charge requires the prosecution to prove beyond a reasonable doubt that he intended to permanently deprive NIU of the property, when he in fact returned it, The State’s Attorney’s Office believes that his continued prosecution is manifestly contrary to the interest of justice.