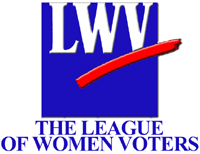 The League of Women Voters of DeKalb County will have a interest meeting open to the public on Wednesday, July 31 at 7:00 p.m. at Colonial House in the 1600 block of North 14th St. in DeKalb. Anyone from the public is welcome to attend to find out more about the League. Membership forms will be available to anyone who wishes to join.

During the meeting, there will be discussions about current topics and a continuation of exploring issues the League of Women Voters of Illinois tackled at its recent Convention in Normal, Illinois. Those topics for discussion include updates on recent concealed carry legislation, pensions in Illinois, campaign finance, fracking, and 100 years of voting for women in Illinois. The year 2013 marks 100 years of women voting in Illinois. During the summer of 1913, Governor Edward F. Dunne of Illinois signed the Women’s Suffrage Bill into law, which granted women the ability to vote in Presidential and local elections. Full voting rights for women to vote in elections at all political levels throughout the United States came later with the Nineteenth Amendment to the Constitution in 1920. Illinois, however, took a big step ahead with the passage of the Women’s Suffrage Bill in 1913.

For more information, please e-mail: leagueofdekalbcounty@gmail.com. The public is advised to read street signs on North 14th Street carefully to determine where parking for visitors is available near Colonial House.