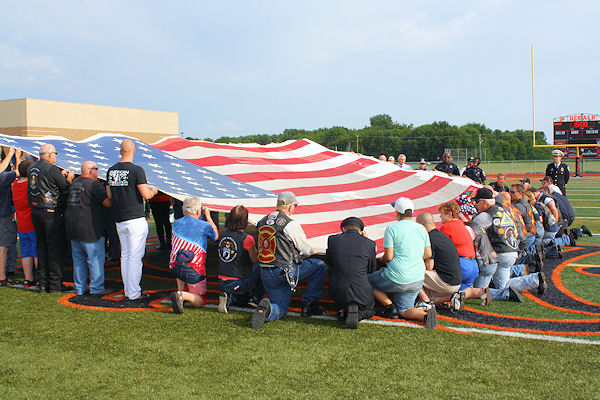 I hope you paused during this holiday weekend to reflect upon our freedoms and the price that has been paid to maintain them.

I have been very disappointed in the prior meetings which heard various stakeholders simply restate their positions. The chair asked for proposals based on the various ideas for reform but no one appeared ready to compromise. The committee meeting at 3:00 this afternoon will be accessible on the state’s website (www.ilga.gov); click on live audio/video to view the proceedings.

At the center of the impasse is the concept of changing cost of living adjustments (COLAs), shifting the pension cost to the local employer, migrating to a defined contribution for high-salaried employees, and settling for something less than 100 percent funding in the pension systems. For starters, it would appear legislators could agree on increasing the annual employee pension contribution and the state could pay down the unfunded pension liability by continuing to allocate the money for bond payments after they mature.

Legislators must act on the Governor’s veto Tuesday–the federal court-mandated deadline– to prevent wide-open carry from taking effect in Illinois. I anticipate an override and immediate effective date since HB183 passed both chambers by a super majority.

I am disappointed that the Governor amended the bill following months of negotiations which included his staff. He should have injected his ideas during negotiations, not after an agreement has been reached with all parties.

The leaders say those who favor the graduated income tax are looking for more revenue and focus on the most wealthy. However, the non-partisan legislative Commission on Government Forecasting and Accountability (COGFA) concludes a graduated income tax would raise taxes for most middle-class taxpayers-nearly 85 percent of all people who work in Illinois.

Not only do some want a graduated tax, but also they are pushing to make the temporary 5 percent income tax permanent next year. Illinois is surrounded by states that are balancing their budgets, paying their bills and many are lowering their taxes. Why don’t we try to emulate their successes?

Recent Bond Sale Carries Huge Penalty
The consequences of the state’s poor fiscal condition and recent lower credit ratings were felt by taxpayers as the state borrowed $1.3 billion in public works construction bonds in late June. Illinois will pay an additional $130 million in interest over the life of the bonds due to our poor credit rating. The State will pay an average interest rate of 5.042 percent on the bonds, a rate that is significantly higher than paid by more credit worthy states.

The money from the bonds will be used for a variety of public improvement projects, such as roads, school repair and construction projects, and for land acquisition for a third Chicago-area airport near Peotone. 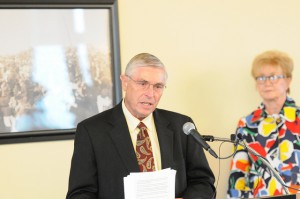 Legislators Seek to Make College More Affordable
I joined House Republican Leader Tom Cross, Kay Hatcher (shown on the right) and several other colleagues for a press conference at Northern Illinois University on June 26 to discuss college affordability. As a member of the House higher education committee, I am keenly aware that the state’s disinvestment in higher education is causing college tuition costs to spiral out of control. These higher costs for students are making a degree that is necessary for a better-paying job, unaffordable.

We discussed legislation that we recently introduced to provide up to a $1,000 tax credit per year for middle income families with a child attending a public college or university. The other bill provides an up-front tax deduction for those utilizing 529 savings plans for a child’s college education. Currently only contributions to public 529 plans receive a tax deduction but our bill extends this savings to private plans as well.

Matt Myre, owner of a financial investment office located in the building where I work, said the tax deduction will be a very positive incentive for parents, grandparents, uncles and aunts to save for the child’s education. Many other states already have such plans. It is my hope that both of these bills will receive full House and Senate debate when we return to Springfield later this year.

FY14 Fiscal Year Begins Without Full Appropriations
The new fiscal year began on July 1 but not all of the appropriation bills have been signed by the Governor as required before funds can be distributed. Governor Quinn has taken action on all budget bills with the exception of one. HB214 includes the budgets assigned to General Services including salaries for Constitutional Officers, members of the General Assembly, and leaders of various regulatory agencies in the State. Overall, it is a $1.18 billion appropriation. 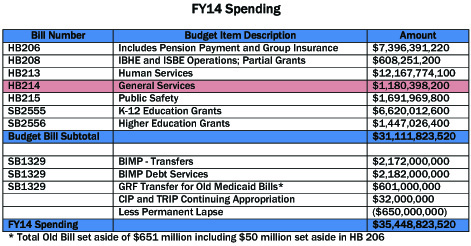 The Governor has the power to make an “item reduction”–similar to a line-item veto–to cut spending that has been approved by lawmakers. Perhaps the Governor may be holding hostage the salaries of those charged with enacting pension reform. If so it is an interesting tactic to force action on a crisis that has been brewing for over 60 years.

9/11 Flag Inspires Resilience
I had the opportunity to see the national September 11th flag that flew above the wreckage at Ground Zero in New York over the weekend. Nearly destroyed in the aftermath of the World Trade Center attacks, the flag was destined to be respectfully retired. Instead, a clean-up worker preserved the flag and sent it to tornado survivors in Greensburg, Kansas. They began the process which included hundreds of others in every state in stitching the flag back together over the ensuing seven years. The flag contains threads from the flag which covered President Lincoln and threads from the Ft. McHenry flag.

The 9/11 flag has become a living testament to the resilience and compassion of the American people. It symbolizes our shared triumphs and struggles. It brought to memory the words of Francis Scott Keys who witnessed the 25-hour naval attach on Fort McHenry during the War of 1812.

He exclaimed amazement that by the dawn’s early light what so proudly we hailed (our flag), whose broad strips and bright stars were so gallantly streaming….o’er the land of the free and the home of the brave.

Lloyd Hatcher and the Illinois Chaos football team arranged for the 9/11 flag to appear during the game Saturday night in tribute to our first responders, military service members and his father also a fireman, who died this spring.

Let us not lose faith in Illinois that a determined people can accomplish the impossible in the darkest of times. God bless Illinois and the United States of America.