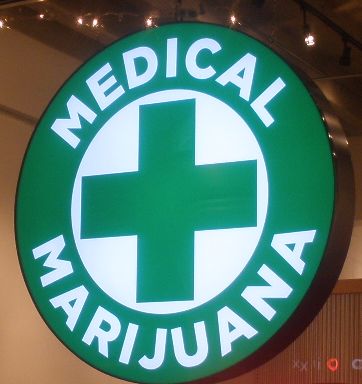 With Some of Nation’s Strongest Regulations, Law Will Help Ease Pain for People With Chronic Conditions, Cancer Patients and Veterans with Disabilities

Governor Pat Quinn today signed House Bill 1 – the Compassionate Use of Medical Cannabis Act – which will help ease pain for people across Illinois who suffer from debilitating medical conditions. Illinois is now the 21st state to enact such legislation, which includes some of the nation’s strongest restrictions on the cultivation, dispensing and use of medical marijuana. Over the years and especially in the past several months, Governor Quinn has heard from veterans, cancer patients and people with chronic illnesses about the importance of this legislation.

“As Nelson Mandela once said, ‘Our human compassion binds us the one to the other – not in pity or patronizingly, but as human beings who have learnt how to turn our common suffering into hope for the future’,” Governor Quinn said. “Over the years, I’ve been moved by the brave patients and veterans who are fighting terrible illnesses. They need and deserve pain relief.”

“This new law will provide that relief and help eligible patients ease their suffering, while making sure Illinois has the nation’s strictest safeguards to prevent abuse.”

Sponsored by Rep. Lou Lang (D-Skokie) and Sen. William Haine (D-Alton), House Bill 1 legalizes – with the nation’s strongest restrictions, the use of medical marijuana for people with debilitating medical conditions. Scientific evidence has found that medical cannabis can provide relief from continual pain, nausea and discomfort more effectively than conventional medications for patients suffering from serious ailments, such as cancer, multiple sclerosis, Parkinson’s disease and HIV. Rep. Lang has led negotiations and championed the issue for five years.

“Pain and suffering for many chronically ill and terminally ill individuals will be significantly lessened, if not eliminated in some cases, because of Governor Pat Quinn’s courage to sign a controversial bill that often has been subjected to distortions and fear mongering,” said Rep. Lang, a Deputy Majority Leader in the Illinois House. “On behalf of the many patients who came to Springfield to advocate for the bill, I want to thank the governor.”

“Patients afflicted by the most unbearable conditions finally have a compassionate answer to their cries for help,” said Sen. Bill Haine (D-Alton), a former prosecutor. “This program alleviates suffering and provides strong safeguards against abuse. We are ensuring only those suffering from the most serious diseases receive this treatment.”

Among the people Governor Quinn spoke with while considering the bill was Jim Champion of Somonauk, Illinois, a veteran of the 101st Airborne who was struck with multiple sclerosis.

“I use medical cannabis because it’s the most effective medicine in treating my muscle spasticity with few side effects,” Champion said. “My wife shouldn’t have to go to drug dealers for my medicine. Neither of us deserve to be criminals.”

The new law enacts strict restrictions on the cultivation centers to ensure professional licensing, 24-hour surveillance and inventory control. There will be 22 cultivation centers – one for each State Police District. Each must comply with local zoning laws, and be located at least 2,500 feet from day care centers and schools.

The dispensing of medical cannabis will also be tightly regulated. Unlike some states, Illinois law will not permit patients or caregivers to cultivate cannabis. Eligible patients may purchase up to 2.5 ounces of cannabis every 14 days. There will be no more than 60 licensed dispensaries, which must comply with strict rules established by the Illinois Department of Financial and Professional Regulation.

The law specifies 35 medical conditions for eligibility, such as muscular dystrophy, cancer, multiple sclerosis and HIV/AIDS. The prescribing physician and patient must have an established relationship. Minors and people with felony drug convictions or psychiatric conditions do not qualify. Patients may not be police officers, firefighters, probation officers or school bus drivers. Patients who drive while impaired by medical cannabis face the same penalties as those who drive while impaired by prescription drugs.

Medical cannabis may not be used on a school bus or school grounds, in a correctional facility, in a residence used to provide childcare or any public place. Landlords may ban smoking of medical cannabis on leased property. Under the law, employers will maintain the power to ensure a drug-free work place.

Medical cannabis will be taxed at the same rate – 1 percent – as pharmaceuticals. A 7 percent “privilege tax” imposed on the cultivation centers and dispensaries will be deposited in the Compassionate Use and Medical Cannabis Fund for the costs of administering and enforcing the Act. It is estimated that each of the 22 cultivation centers will hire 5-10 staff, each of the 60 dispensaries will employ 10-20 staff and hundreds of new jobs in related industries will be created.

In addition, the new law also bans campaign contributions from operators of cultivation centers and dispensaries.

The law takes effect on January 1, 2014 and is a four-year pilot program.

With the signing of today’s law, Illinois becomes the 21st state to approve use of medical cannabis, following such states as Michigan, New Jersey, California and the District of Columbia. In Colorado, where 107,000 residents have cannabis prescriptions, the leading reasons are for multiple sclerosis, cancer and HIV/AIDS. 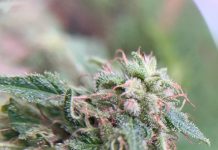 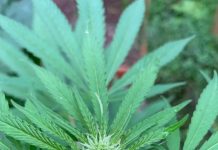 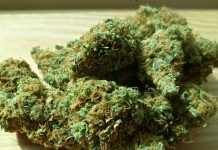