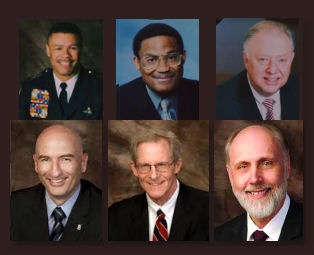 There can be little argument that the transition in the top administration of NIU is the 2013 news story with the biggest impact on DeKalb County.

In February NIU Police Chief Don Grady was fired. The dismissal comes more than three months after he was put on paid leave for his department’s alleged misconduct in a high profile rape case brought against one of his officers and five months after he asked the FBI for help investigating university finances, the Chicago Tribune reported.

“The university’s decision to dismiss Grady was made after an administrative evaluation, which included a review of the (alleged rape case), NIU police department records and Grady’s internal pre-termination hearing earlier this month,” according to an NIU news release.

In a letter dated Tuesday, February 19th from NIU’s Acting Director of Public Safety Bill Nicklas, Grady is told his contract is being terminated because of his mismanagement of the case against former NIU police officer Andrew Rifkin. Specifically, Grady is accused of not handing over evidence and not properly supervising his department. In the dismissal letter to Grady, Nicklas writes “[…]your credibility and the credibility of the Department has been compromised to the extent the University believes termination is appropriate.”

Grady’s attorney Michael Fox told the Chicago Tribune that he planned to appeal the dismissal and can prove the allegations against Grady are baseless.

Phillips brings 25 years of police experience to the campus. He served in the Military Police Corps stateside and overseas between 1987 and 1995 before moving to Chicago, where he briefly served as a special investigator for the City of Chicago’s Office of the Inspector General.

He joined the University of Illinois at Chicago Police Department in 1996. From 1996 to 2012, he progressed through a series of more-responsible supervisory posts, attaining the position of criminal investigations supervisor with a dual role as director of police and security operations for the UIC Forum in 2011.

He then transitioned to the University of Chicago as a commander in 2012 and was appointed deputy chief in 2013.

“I plan on working closely with the students, faculty and staff for their input, ideas and support in making constructive changes in NIU police service,” Phillips said. “Additionally, I will reach out to local law enforcement leaders to confirm of our commitment to proactive partnerships in the surrounding communities.”

Then in March NIU announced that Vice President Eddie Williams was placed on paid leave to avoid any appearance of impropriety while federal investigators sifted through documents retrieved when they raided the university police department as students were headed to early morning classes. Agents spent nearly 15 hours on campus, copying computer drives, removing paper files and downloading information from a statewide law-enforcement database system, according to authorities.

While the FBI collected information at the police station, HUD officials simultaneously sought records from Eden’s Garden, a subsidized housing development owned by Williams, who was the university’s executive vice president and chief of operations for finance and facilities.

“He will take this step until resolution of the investigation to avoid any appearance of conflict or any question concerning the university’s response to this matter,” then NIU President John Peters said in a statement.

Williams said in his statement:  “I look forward to the complete resolution of the current investigation and returning to my post.”

In May Williams returned to his post to announce his retirement effective May 31, 2013. Steven Cunningham, the university’s vice president of administration and human resources, took over Williams’ duties.

Douglas D. Baker was named the 12th president of Northern Illinois University in April. He took the reins in July. He most recently served as provost and executive vice president at the University of Idaho. Baker replaced John G. Peters after 13 years at the helm.

“NIU will be forever grateful to Dr. John Peters for his outstanding service and leadership,” said Cherilyn Murer, NIU Board of Trustees chair. “In working to find his replacement, we were blessed to have a number of highly respected candidates, and we landed our top choice.

“Dr. Baker possesses a unique set of credentials, as an award-winning business professor, a skilled academic officer and a researcher who has studied university leadership and motivation,” she added. “The NIU Board of Trustees believes that his background and expertise represent a strong fit with the needs of the university over the next decade.”

“Dr. Douglas Baker has been successful across all facets of higher education,” said Robert Boey, who chaired the presidential search advisory committee and has served on the NIU Board of Trustees since its inception in 1996. “He’s a leader who works to create consensus, make decisions and move forward.”

Baker himself describes his leadership style as collaborative and goal-oriented.

“I believe in working with people to agree upon a common set of directions and letting people do their work,” he said. “I’m not a micro-manager, but I expect goals to be attained.”

“We spend a great deal of effort on recruitment of students, who spend a lot of money to get a degree,” he said. “I want to make sure we also are doing all we can programmatically to make sure they find employment and are on a track to becoming lifelong learners.

“My sense is the 225,000 NIU alumni can play an even bigger role in student success by helping in recruitment, mentoring, internships and post-graduation networking. NIU alumni represent a tremendous resource, and we need their involvement throughout the pipeline.”