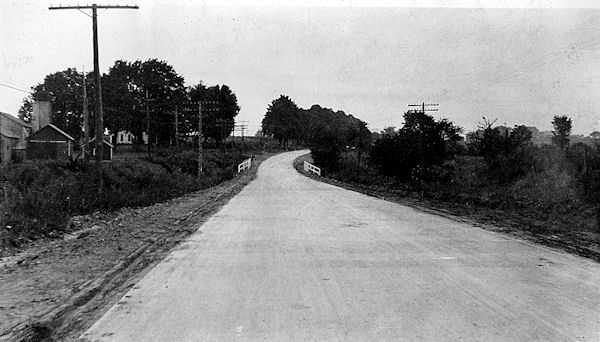 Today, an Illinois State Historical Society marker on the campus of Kishwaukee College commemorates that First Seedling Mile of the Lincoln Highway, along with an interpretive gazebo added more recently, road signs that mark the First Seeding Mile along Route 38 (Lincoln Highway), and a mural on the Malta Historical and Genealogical Society building at 127 North Third Street in Malta.

The 100th anniversary of the First Seedling Mile will be celebrated by the Illinois Chapter of the Lincoln Highway Association with a driving tour from Dixon to DeKalb through Malta on Saturday, September 13 and a documentary about Jens Jensen shown at 7:00 p.m. at the Egyptian Theatre at 135 N. Second Street in DeKalb. Jens Jensen was a landscape architect instrumental in designing the DeKalb Public Square in the City of DeKalb, later renamed Huntley Park. The documentary, Jens Jensen: The Living Green, shows his rise from being a street sweeper in an impoverished, immigrant area in Chicago to becoming the foremost landscaping architect of his time. Jens Jensen imagined then designed beautiful parks in the middle of cities such as Chicago but his passion was developing community gardens to feed the poor. Jensen understood that in order to further his community works, he needed income, which he earned by designing the landscaping around mansions for wealthy clients such as Henry Ford and his son, Edsel. Through his connection to Edsel Ford, Jensen designed the Ideal Section of the Lincoln Highway near Dyer, Indiana. The Lincoln Highway Association turned to him later to design the thousands of concrete markers the Boy Scouts erected in 1928 to mark the Lincoln Highway’s coast-to-coast route.

The documentary has something for everyone: a slice of Lincoln Highway history, Jensen’s battle with corrupt politicians in Chicago, his projects to grow fresh produce to the poor, the history of parks in Chicago, his critical role in preserving the sand dunes along Lake Michigan which became the Indiana Dunes National Landshore, and his work as the premiere landscape architect to the leading captains of industry of the early Twentieth Century. The documentary will be presented at 7:00 p.m. at the Egyptian Theatre in DeKalb on Saturday, September 13th. The documentary’s filmmaker Carey Lundin will lead a discussion following the film. Tickets are $7.00 for the general audience or only $5.00 for seniors 65+ or students and are available from the Egyptian Theatre at: http://egyptiantheatre.org/

For more information about the award-winning documentary, please click here.

For information about the Dixon to DeKalb Driving Tour of the Lincoln Highway, please see: http://illinoislincolnhighwayassociation.org/ 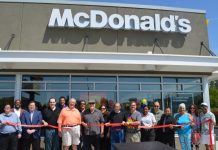