Liz Peerboom has resigned effective immediately as City Clerk for DeKalb. Peerboom was elected to the position in the municipal elections in 2013 as a write-in candidate. All four candidates for the elected City Clerk position were write-ins due to the city council’s cutting of the salary and benefits in response to former 3rd ward alderman Steve Kapitan’s abrupt resignation. Kapitan was paid $60,000 a year as City Clerk. The council, who had tried unsuccessfully to eliminate the office through a referendum, cut the salary to $5,000.

In a Facebook discussion Peerboom voiced her frustration with the senior city staff and the mayor and council’s disregard for her office.

“I knew that I would have battles, but I could not have imagined how much I would have to battle every day. They break all kinds of rules and tell me that I don’t know what I’m talking about when I raise a concern,” Peerboom wrote. “They don’t like me because I call them on it.

I don’t have an office or even a desk, so that tells you what they think of the position,” said Peerboom. “I feel like I failed the voters, but the road blocks they [the City] put up were too much for me.”

Peerboom’s resignation will likely result in an appointed clerk at least until the next municipal election.

When I decided to run for City Clerk, I did so knowing there would be obstacles. But, I ran because I care about the City of DeKalb and the Clerk’s office.

I have a long history as an employee of the city, so to me that shows that I am loyal.

In the last several months, it has become apparent to me that the road blocks that have been put in place are unmovable.

The new City Manager is slitting throats and leaving body bags. Unfortunately, the residents will suffer and you, as Mayor, will be left to pick up the pieces.

This is a City of DeKalb that I no longer recognize and I see no reason to continue collecting a salary to take attendance at the meetings. I have been pretty much shoved out. Did you even realize that I do not have an office or a desk, but interns and consultants have been afforded spacious offices?

Also, Diane Wright stepped up when Steve Kapitan resigned and cleaned up the mess he made, only to be shoved out like many of the city’s good employees have been. Now, the office will be run by someone with absolutely no government experience, whom I explicitly had asked the Manager not to give that job to. The City Manager doesn’t want a City Clerk, she needs employees that do her bidding and I am not that person. I think it was a big mistake to put the City Manager in charge of the deputies and I think it was a mistake to hire this City Manager.

Therefore, effective immediately, I am resigning my office as City Clerk. 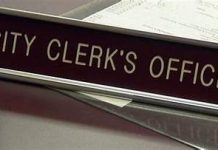 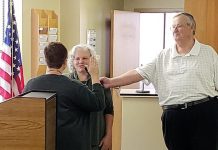