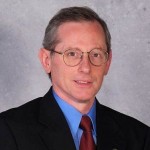 The budget process for the annual DeKalb County budget begins in June when the Finance Committee establishes the major budget targets for that year, and adopts the budget calendar and process. Budget request forms are then distributed to all departments and direction is provided regarding overall department budgets in accordance with the approved budget parameters. County Board members can identify areas they feel should be specifically addressed and/or studied. Budget request forms are due back in early August and the initial budget requests are then compiled.

In September, budget workbooks including copies of all documentation submitted by departments are electronically distributed to County Board members, and the Finance Committee receives an Administrative Recommendation on the entire budget. The recommendation includes the proposed tax levy for the County, which will only be approximately 10% of total taxes. After review, the Finance Committee sends the budget recommendation to the County Board to be placed on file for public inspection. A County Budget Forum is also held for Board Members to ask questions about the proposed budget and to further clarify the rationale behind the recommendations. The public has access to the budget at the DeKalb County Clerk’s Office and on the County’s website, and copies are also made available at the Sandwich City Hall and the Office of the Genoa City Clerk.

County Board members or Department Heads have until the end of September to file an appeal in connection with any item in the Administrative Recommendation or any other item in the proposed budget. Board Committees then begin budget discussions with the focus being primarily on areas, which are appealed from the Administrative Recommendation. During the month of October, any appeals received are reviewed by the appropriate Board Committee and, if the Committee concurs with an appeal, it is then forwarded to the Finance Committee for a consolidated decision of all appeals at their November meeting.

In November, the Finance Committee holds the required public hearings on the proposed Budget and on the Tax Levy Ordinance, discusses and decides any appeals that were successful at the Board Committee level, makes any overall final budget adjustments, and the entire budget is forwarded to the County Board for adoption. The DeKalb County and DeKalb County Forest Preserve District budgets will be on file for public viewing and comment in the DeKalb County Clerk’s Office, County Internet site, the Sandwich City Hall and office of the Genoa Clerk’s Office. The County Board then passes the annual budget at its November meeting.