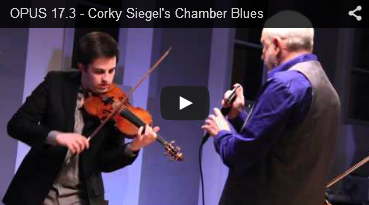 Come out to the Sandwich Opera House this Valentine’s Saturday, February 14th for Corky Siegel’s Chamber Blues along with Vocalist Sue Demel and Sons of the Neverwrong. Corky has crafted a new and original mix of folk, blues, and classical music that’s ingeniously woven together including Juilliard schooled strings, soulful harmonica, jazz piano, and world percussion.

“Gritty Chicago blues and rarefied classical chamber music might not seem like a match made in heaven — until you’ve heard Corky Siegel bring the two together … a crowning achievement.”
– Chicago Tribune

Sons of the Never Wrong are a folk trio from Chicago made up of Bruce Roper, Deborah Lader, and Sue Demel. The band has been creating original “turbo-charged folk music” for 19 years to a cult-like national following.

The show starts on Saturday at 8 pm at the Sandwich Opera House, 140 E. Railroad St. in Sandwich.  Click here to order tickets online now. Watch the awesome video below to see what to expect!

Few can claim to have forged an entirely original genre of music, but in 1966, Corky Siegel did just that. Guiding the blues of Howlin’ Wolf and Muddy Waters out of the smoky cavern of Big John’s and onto the stages of the Chicago Symphony, New York Philharmonic and beyond, the harmonica-playing mad scientist had the tuxedo-and-gown crowd on its feet, clamoring for more of this blues-classical alchemy. These days, the harmonica virtuoso and composer is continent-hopping with Indian percussion and string quartet in Corky Siegel’s Chamber Blues, continuing to bring classical and blues fans shoulder-to-shoulder…and obliterating musical categorization in the process. – Doyle Armbrust. 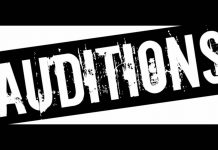 Auditions for Indian Valley Theatre’s “Murder on the Rerun” 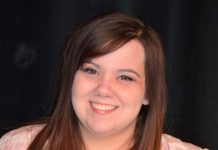 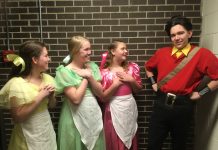