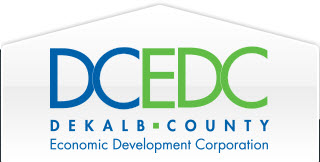 Investment by U.S. subsidiaries of foreign-owned firms represents a significant and increasing contribution to the U.S. economy.

In 2012, foreign investment accounted for 5.7 million U.S. jobs, $455 billion in wages and $200 billion in property, plant and equipment investment expenditures, according to the U.S. Department of Commerce.

Select USA was held at the Gaylord National Convention Center in National Harbor, Maryland, outside D.C. The 2015 Summit was the second organized by the U.S. Department of Commerce to facilitate Foreign Direct Investment in the United States.

More than 2,600 people –including 1,300 companies from more than 70 countries and more than 500 U.S. economic development officials from across the country – attended the second SelectUSA Investment Summit for two days of matchmaking, information sessions and presentations.

President Barack Obama and U.S. cabinet members made it clear that the U.S. is not only “Open for Business,” but warmly welcomes foreign investors to operate in our transparent, stable and open system.

“The United States of America is the best place in the world to do business,” Obama said. “We’ve got the most skilled and productive workers, the best universities, the most innovative entrepreneurs in the world. We’re the global leader in patents – home not only to more R&D investment than any other country but to nearly one-third of all R&D investment in the world.”

Surveys show investors rate the U.S. as a top destination for investment. After eclipsing China, Brazil, and India in 2013 to take the top spot in A.T. Kearney’s FDI Confidence Index, the United States remains “the prime destination” for investment in the world, according to the consulting firm’s survey of C-suite executives.

DeKalb County agriculture, manufacturing and distribution together with Northern Illinois University was attractive to foreign investors.

Its central U.S. location and proximity to O’Hare International Airport make DeKalb County a productive and accessible location for foreign investment. DCEDC is following up with these prospects to address requirements and identify specific opportunities in efforts to complete development deals.