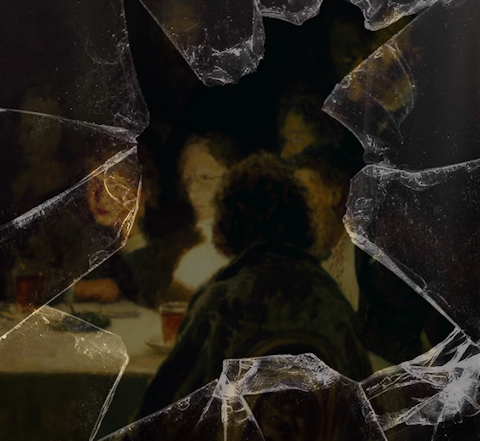 Being that I am a biased activist blogging citizen journalist I’ve decided to gripe about the City of DeKalb again. I’ve done it so much there are people that think I’m picking on them. But then there are others who think the public deserves to see what’s behind that brick wall with my forehead prints all over it.

Others still are absolutely convinced that DeKalb is a voluminous violator of the Open Meetings Act, FOIA and of their fiduciary responsibility as keepers of the public’s funds.

Take the last city council meeting for example. An action item on the public agenda for the regular meeting was an ordinance for a new pay plan for non-bargaining-unit employees. The agenda suggested it was an action item for the council to approve only the receiving and filing and first reading of the proposed ordinance.

Because the ordinance that would go into effect immediately upon final passing amends the current fiscal year budget a supermajority vote was required for final approval.

But the city manager, Anne Marie Gaura, really recommends the council approve her new pay plan and Mayor John Rey really wants it, too, thus yet another fiasco in governance and public relations.

According to Gaura the proposed pay, compensation and classification plan is the solution for attracting and retaining top level talent as well as reduce costs and increase productivity among non-bargaining unit staff. The plan was sanctioned by a respected and commissioned consulting firm, Sikich, after a year of working closely with the staff and city council.

The plan would phase out an extraordinarily expensive “bank account” of compensation pay perks that probably shouldn’t have been allowed in the first place. Certainly no non-bargaining-unit (management and part time) employees hired since and including Anne Marie Gaura gets such a compensation pay perk.

Salary compression is a stress factor for supervisors. It occurs anytime those they supervise make more money than they do. That’s evidently been happening with growing frequency. To relieve that stress supervisors not hired by Anne Marie Gaura will receive a pay raise. The City Manager, Assistant City Manager, Finance Director, Assistant Finance Director, Community Development Director and Management Analyst all were hired under the tenure of Gaura and will not receive adjustments in compensation under the plan.

Gaura projects a net savings to the City of DeKalb of $344,453.48 while extending employee work days.

First ward alderman David Jacobson disagrees with those numbers. His analysis of the projections indicate some managerial employees will receive a 17% raise over the next few years and some part time employees will receive 100% to 200% increases. He thinks the package may end up costing taxpayers another million dollars in an already top heavy operating budget.

Maybe because of statistics like those provided in an exhaustive housing study also approved at the meeting that showed 57% of the households in the city qualify for free or reduced lunch Jacobson took issue with his perception of the plan’s lack of vetting by the citizens finance advisory committee, for example.

Fourth ward alderman Bob Snow who has a multi-faceted background from websites to accounting said Gaura’s numbers were spot on and Jacobson’s numbers were bogus.

Mayor Rey seized the advantage of Baker’s absence and his unusual (among peer municipalities) voting on every motion policy and upon realizing the supermajority vote of those present and pushed for final approval under second reading. Lash perhaps momentarily recoiled at the thought of no public vetting and voted against passing it on second reading as did O’Leary and Jacobson meaning the motion to approve 2nd reading failed.

The public would get two weeks to study the plan and give their elected representatives their input before it came back to the council for a 2nd reading.

At least that’s the way it was before the cable TV camera’s went dark at the close of the public meeting.

Then with all the transparency of a closed session meeting members of Team Gaura, whoever they may be, asked O’Leary and Lash to justify their bad vote in public session and convinced O’Leary to make a motion to reconsider the proposed pay, compensation and classification plan. They told Jacobson to quit hijacking their meetings with his representing the taxpayers BS and get on the team.

The motion for reconsideration and the vote to approve the ordinance both passed by unanimous vote of all aldermen present.

I just thought that taxpayers suffering from the stress of salary compression compared to the public servants who work for them ought to know this.