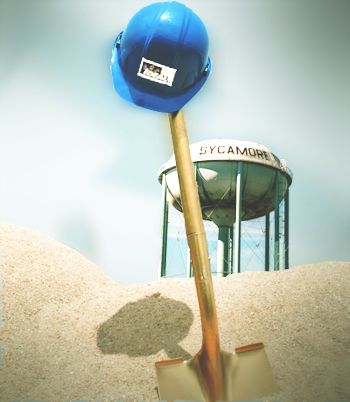 In 2016 when IDEAL Industries celebrates its 100th anniversary they will be in a brand new 220,000 sq. ft. facility located in the 235-acre Sycamore Prairie Business Park north of Bethany Rd and east of Peace Rd.

J. Walter Becker founded the Ideal Commutator Dresser Company in his mother’s basement in Chicago and began manufacturing commutator dresser stones in 1916. By 1924 the business needed to sprout its wings and expand. According to David Juday, retired chairman of the board of Ideal and the grandson of J. Walter Becker, competition for jobs and an industrial tax base was as fierce then as it is now.

More than 30 communities courted Becker with tax incentives and abatements. But in the end it was the relationships built between Earl Wetzel (Wetzel Brother’s Jewelry) and J. Walter Becker that became a deciding factor in IDEAL Industries choosing Sycamore.

Mayor Ken Mundy was excited for the boost to the local economy in terms of jobs, local spending and tax revenue. He reflected on the growth at IDEAL Industries from J. Walter Becker to his son, Eugene “Tug” Juday, and to his son, David and how it was all built on relationships.

The new multi-faceted building in Sycamore Prairie Business Park expected to cost $18 million will replace aging facilities in DeKalb and Sycamore. It will combine two facilities into one with about 85 percent of employees from the Sycamore facility and all employees at the DeKalb facility moved to the new building once finished.

While the new location will provide a much better working environment for employees the plan was implemented due to success of the business and the introduction of new products such as ratcheting wrenches and lighting control systems.