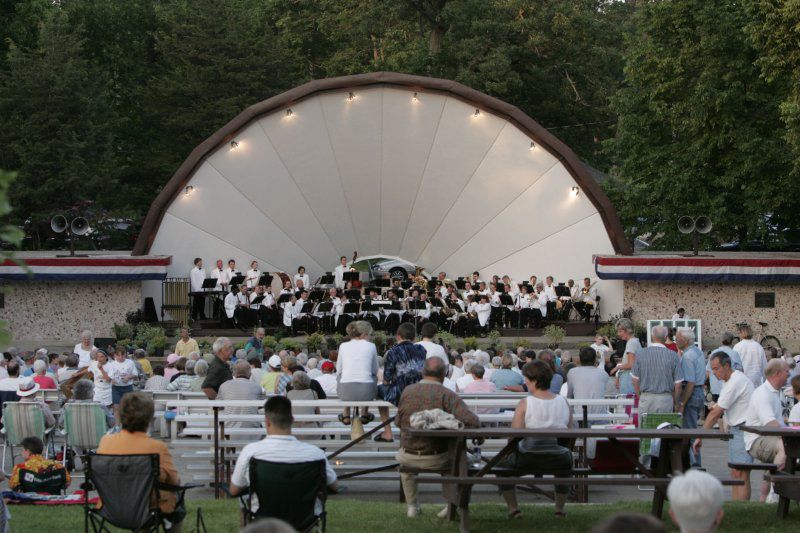 Summer is finally here – Come out for the concert this Tuesday evening! Recognized throughout the country as one of the Midwest’s most historic musical organizations, the DeKalb Municipal Band holds the 2015 concert season at the Hopkins Park Band Shell, in DeKalb each Tuesday evening. Performances include soloists each week and special featured events.

The DeKalb Municipal Band is a tradition that goes back to 1854, when a small group of musicians fresh from the California Gold Rush formed the Silver Cornet Band. Since then, a City Band in DeKalb has existed for 155 years, uninterrupted by wars, and a depression. With such a record, DeKalb claims to be the city with the oldest continuous band in Illinois. It’s current Conductor is Kirk Lundbeck.

All concerts throughout the summer are FREE. Grab some family or friends, and come out for a nice evening at the park.  To fully enjoy the evening people are encouraged to come early and bring a picnic dinner. Concerts are at the Band shell in Hopkins Park 1403 Sycamore Road (Route 23), in DeKalb. 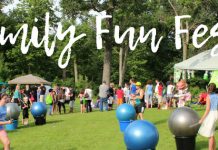 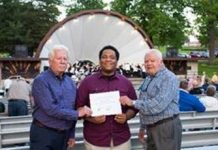 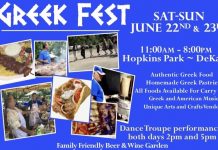