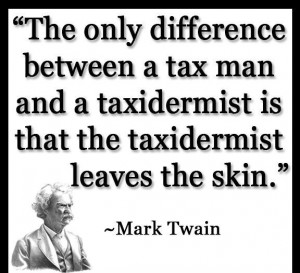 The need for increased revenue is real if any of the 129 miles of streets under the taxing jurisdiction of the City of DeKalb are to be fixed in FY2016. The already passed and in effect budget provides around $350,000 for road repairs. For comparison Sycamore budgeted about $1.2 million for the same purpose and time period — according to information presented by city administrators at a DeKalb Chamber of Commerce hosted meeting held in the council chambers at the Municipal Building.

The expense of public road repairs have risen to the point that it is likely more fiscally responsible to fix only streets in good condition and let all the bad streets go. That was the gist of a discussion between DCBDA executive officer Ken Andersen and John Laskowski, the City of DeKalb’s interim public works director.

City manager Annie Marie Gaura reminded the two road wonks that poor streets aren’t convenient or attractive to those living in or passing through those neighborhood including those who are looking for a new home. It would cost an estimated $9 million per year to maintain the road network to its existing condition. Almost half of DeKalb’s streets are in failing or pre-failing condition according to testing performed periodically to monitor conditions.

Revenue for streets comes primarily from state and federal grant sources, state motor fuel tax and local gas taxes. Streets within the TIF districts receive funding from that source but it is expiring in 2018 and 2021. A local per gallon gas tax was added to (to 3.5% cents) fund the debt obligation payments for the new DeKalb Police Station but now goes to help support the general fund.

Water is also an expensive public service. Ask anyone who pays a water bill. DeKalb has been incrementally raising water rates to bring the city in line with rates charged in comparison cities. Residents and business operators in the city have noticed.

For years the water revenue fund was Peter to the general fund’s Paul. Transfers from the water fund to the general fund has stopped according to Cathy Haley, city finance director. The new budget policy employs a seemingly complicated payment-in-lieu-of-taxes (pilot) style program connected to the water fund. Look forward to a future report on that pilot program here.

The City of DeKalb owns and operates 193 vehicles. Some are aging with high mileage and several of those are squad cars and emergency response vehicles. The City of DeKalb doesn’t always buy new cars, according to Gaura, who offered an example of an expensive fire truck purchased used that saved tens of thousands of dollars. About 60 percent of the city’s vehicles are within their serviceable life.

But older vehicles have higher maintenance and repair costs and the Fleet Replacement Fund for FY2016 is budgeted at $265,000. That doesn’t replace much fleet especially when it’s first responder vehicles. Revenue for the fleet replacement fund comes from $145,000 in rental income (towers) and a $120,000 transfer from the general fund.

The total cost to replace the entire fleet over the next five years is $12 million dollars, according to Laskowski.

Compared to the needs for capital projects like streets, water and fleet the FY2016 budget affords paltry numbers. Thus the members of the DeKalb Chamber of Commerce heard the options that are being presented to the city council to increase revenue.

The city’s restaurant and bar tax currently adds a total of 10% to the tab. An increase in the Home Rule tax would raise that rate to 10.5% or 11%.

Another increase bantered about during the discussion was a 4% Home Rule amusement tax on gross receipts on businesses that offer opportunities for entertainment (subscription required). The amusement tax could impact cable TV subscriptions, bowling and golfing, and performing arts and sporting events. The exemptions and terms of the amusement tax appear to present a lot of options for the council to choose from.

Alex Nerad, executive director for the Egyptian Theatre, is concerned that exemptions in the amusement tax could create an unfair competitive advantage for DeKalb High School and NIU state property over the theatre for facility rentals.

Lisa Small, finance director for DeKalb Park District, is concerned that such a tax could penalize people who are making healthy lifestyle choices. She prefers sin taxes.

Since the amusement tax is on gross receipts is could increase the Home Rule restaurant and bar tax to 14%-15%. If NIU is exempt from Home Rule taxes an unfair competitive balance would be an understatement in the wedding reception and banquet business. Barsema Hall and the Student Center are already popular for banquet rentals.

Coming soon after the Madigan/Cullerton vs Rauner budget debacle at the state could be a service tax that would be added to many of the businesses that could be subject to the local amusement tax.

Rosa Balli, an owner of Rosita’s and Eduardo’s, two long standing popular restaurants in downtown DeKalb, is extremely concerned with her local investments and the economic health of the city. She thinks more cuts should be made before any tax increases are approved.

Ditto said Will Heinisch, an owner of CSR Bobcat in DeKalb, who already suffers from unfair policies compared to his competitors in other communities. He said DeKalb’s Home Rule tax bill adds a significant amount to the price tag of the equipment he sells that can range from $50,000 to $80,000. He’d like to see more cuts before increases, too.

As would David Galica owner of Armor Technologies in downtown DeKalb. He questioned expenditures for outside studies.

But therein lies the rub. The FY2016 budget was approved and went into effect July 1. Any cut in budgeted expenditures would require a supermajority vote of the city council to amend the budget. Union collective bargaining and individual administration contracts are signed. General fund debt service obligations (about $1.9 million) and TIF debt service (about $1.1 million) for FY2016 are pretty much set in stone. Staffing additions were approved and in most cases hired.

Even if a supermajority 2/3 vote of the city council could be mustered contractual obligations must be met. There is little to be cut especially after the budget was formally approved.

But according to Chapter 54 of DeKalb’s Municipal Code the city manager could modify the budget without city council approval:

“The City Council authorizes the City Manager and his/her designees to modify the budget by deleting, adding to, changing or creating new line items to the approved budget, except that such revisions must be made in conformance with policies and procedures as established by the City Manager and no such revisions may exceed 10% of an expenditure account category, whichever is less without the approval of two-thirds vote of the corporate authorities then holding office. The City may otherwise revise the approved annual budget by a vote of two-thirds of the members of the corporate authorities then holding office. No revision of the budget shall be made increasing the total budget in the event funds are not available to effectuate the purpose of the revision.”

The timing of the tax increase options discussion so late in the year after the budget has been adopted is a concern. It gives the appearance that the city council has little choice but to increase taxes — also on the table are increases to the natural gas tax as well as fines and fees — if the city is to repair any streets at all.

Other ideas were presented to the city staff from audience members. Ken Andersen suggested an incentive program to induce more residential construction in the city to add to the EAV. Taxes or fees on garbage trucks was presented as well as incentives to get more people with higher incomes to move into the city.

According to Gaura the city’s finance advisory committee will weigh in on the options before the city council discusses them. City staff is also willing to meet with other civic groups to discuss the revenue options.