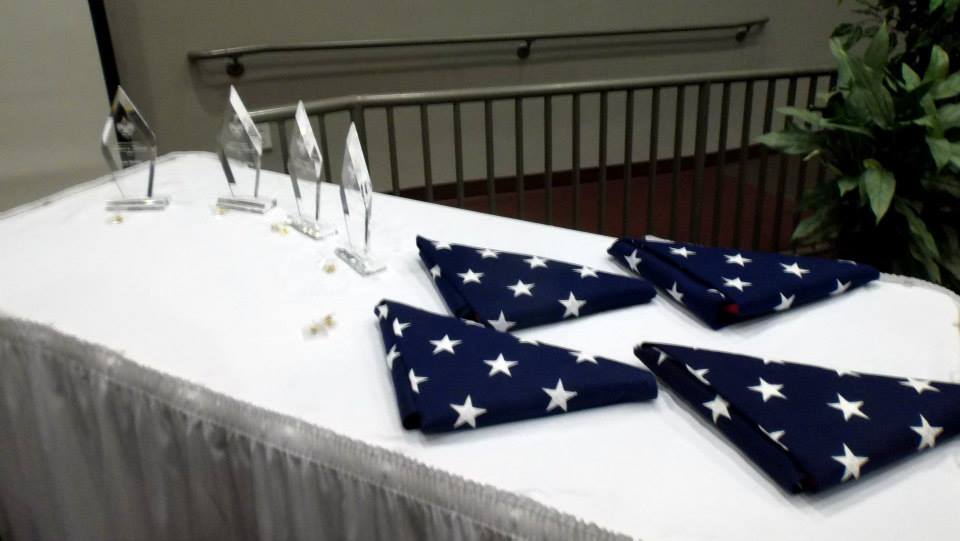 Communities become successful because of individuals who go beyond the call of duty to engage, volunteer, lead and respond. Keeping with the mission of the Boy Scouts, such efforts deserve recognition. These individuals impact communities in several ways. The Tribute to Heroes Award recognizes members of the DeKalb County communities who have exemplary military service or have unselfishly dedicated themselves to community service and to the welfare and development of its youth. Leadership, citizenship, and helping others are important qualities that the Boy Scouts of America instill in its youth and looks for in adult leaders. The honorees provide excellent examples of not only these qualities but community responsibility and personal integrity, best typifying the objectives of Scouting.

The DeKalb County Tribute to Heroes event will be held this Thursday, October 1, 2015 at Kishwaukee College Jenkins Conference Center. Heavy appetizers, catered by Sunflower Gourmet, will be served beginning at 5:30 p.m. and the award ceremony will begin at 6:30 p.m. All proceeds support the DeKalb County Boy Scouts of America. This year marks the 13th Annual Tribute To Heroes award ceremony. The group is pleased to honor the following individuals: 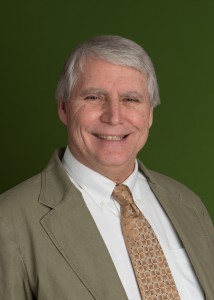 As a retired elementary teacher from DeKalb School District 428, Dan embodies the true meaning of community steward. As founder and director of the nonprofit organization, DeKalb County Community Gardens, Dan has engaged over 70 community organizations, businesses, municipalities, schools and churches to ensure food supply to nearly 20,000 residents who struggle with hunger. In just a few short years the program has grown from a few school based gardens to over 40 growing sites. Dan is also the president of the board for the Barb Food Mart District 428 School Based Food Pantry. Dan has introduced innovative programs such as the Box of Hope Vegetable Program (fresh local sustainably-grown organic food for people in need), the development of the Walnut Grove Farm that offers agricultural and horticultural experiences and training for individuals with special needs, and expanded the Five Points Forest to increase fruit and berry production. He participates in a wide variety of educational forums, fund raising activities and is currently pursuing the concept of a Food Hub. In addition to all these, Dan serves on a wide array of boards and commissions. In short, Dan Kenney exemplifies commitment and service to the residents of DeKalb County through his volunteer service and his commitment to providing nutritious food for our county. Dan has a step-daughter, Amy Smith-Harris, son in-law, Shane Harris, and grand daughter, Emily Harris. He and his wife, Maylan, live in DeKalb. 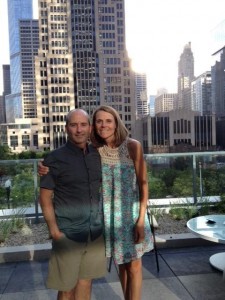 Tim was born and raised in DeKalb, graduating from DeKalb High School in 1986 while Julie came to the community to attend NIU in 1987 and has lived here ever since. The two met in 1990 and were married in 1994 and have two children (Madeline and Cullin). Both hold masters degrees (Julie from National Louis University in Curriculum and Instruction, Tim an M.B.A from the executive program at NIU). After graduating from college, Tim joined The Suter Company, his family’s Sycamore-based, third-generation food processing business and has spent his career there, becoming President & CEO in 1998 after his father retired. The Suter Company is an active supporter of the community, providing countless volunteer hours and financial support to more than 50 local non-profit organizations. Tim & Julie volunteer their service to multiple local boards including; Barb Food Mart, Hope Haven, DeKalb Education Foundation, DeKalb County Community Foundation (of which Tim is currently the president), and Make A Difference. Perhaps their greatest passion is for the work they do through Make A Difference for Feed My Starving Children. After volunteering at the event started by Greg & Sherri Howells in 2010, the two immediately fell in love with the cause and have been helping organize an annual MobilePack event ever since. The Suter Company hosts the event each November, which has become the largest volunteer event in the community. In 2014, Tim & Julie strengthened their commitment to FMSC by traveling on a mission trip to Haiti to help the organization distribute meals to children in need. 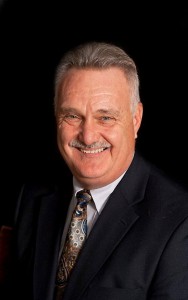 Born in DeKalb in 1953 – in fact, he was the first child born in DeKalb County in that year, and was raised in Waterman, the son of a farmer and a dedicated mother. At age 12 his father passed away and he and his mother moved to DeKalb. In high school, Rick ran cross country, participated in basketball, ran track and played at every level in the music department. Wanting to be a basketball coach after high school, but not able to afford college and with no scholarships in sight, Rick was told of a Cadet Program the DeKalb Police started. He figured he’d give it a try — 39 years later, Rick retired from the Sandwich Police Department as their chief. As a Police Officer Rick learned from experience and from some very dedicated people what it meant to be a public servant and extended this service beyond the police department. He has been a strong advocate for people with special needs and for these victims of domestic violence. He finally got to coach basketball (as a volunteer) and has been involved in scouting and little league in the Sandwich area for years. Rick also coordinated the “Holiday Wish” program providing gifts for over 150 developmentally handicapped individuals – many of whom have little to no family involvement. These are just a few of the reasons Rick is a true hero. Rick resides in Sandwich with his wife, Lynn. They have two children, Emily, a counselor at Oswego High School and Mike, an art teacher at Dixon High School, and four beautiful grandchildren. 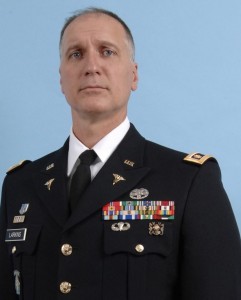 A local war hero and family man, Rob continues to serve the community with his physical therapy expertise. A recipient of the Bronze Star medal in November, 2012, for his accomplishments during his tour of duty in Afghanistan from July, 2009 to March, 2010, he served in a medical team for the second battalion 20th Special Forces group with a mission of providing village medical outreach. He led the operation to bring 400 wheelchairs to disabled people under the Wheels for the World program. The wheelchairs distributed benefited hundreds of people, including some who have never walked. Always interested in the military, Rob has 23 years of service in the Army initially joining the military in hopes of working as a paratrooper. In 1991, he served as a combat engineer in the Gulf War. After his tour in the Gulf, he decided he wanted to be an Army diver and served for three years with one of those in Germany with a diving detachment, and later with a unit in Somalia. When he came off active duty, he stayed in the National Guard and graduated from NIU in 1999 with a degree in physical therapy. After graduation, he served as a medical specialist corps officer in the Army Reserve. Rob has been with the 20th Special Forces group since 2006, and has reached the rank of major. Rob, and his wife Sherri, daughter Alexandria (24), sons Jonah (17) and Luke (14) reside in Sycamore, and he is a career physical therapist with Northern Rehab in their DeKalb office. Always involved in his community, he had taught Sunday School, served on the Kishwaukee YMCA board, and as a junior high basketball coach at Cornerstone Christian Academy. Currently, he is a basketball coach for Sycamore Force.