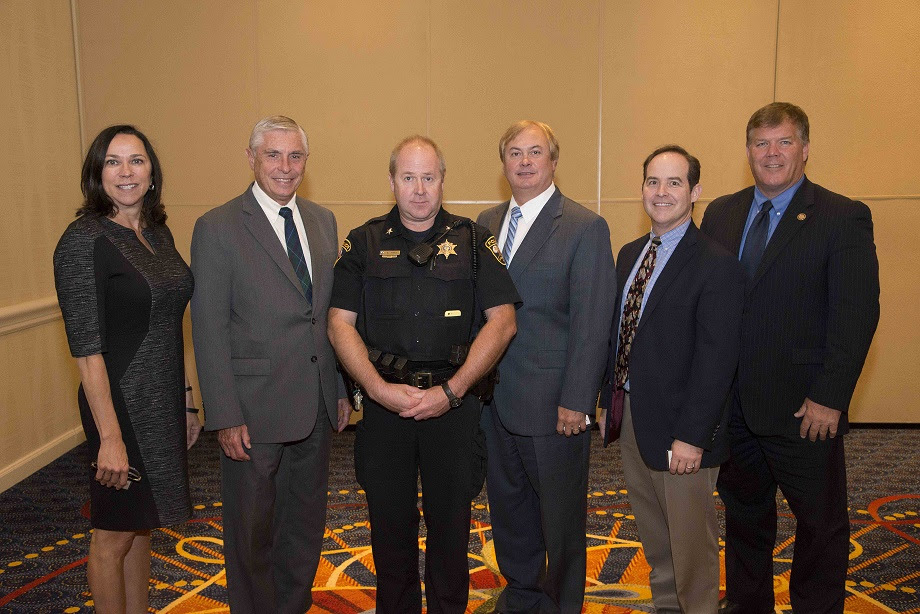 In our busy lives few people spend much time appreciating the gifts of health and life.  The legislature was confronted with the fragileness of these gifts last week with the death of State Representative Esther Golar, Chicago, from cancer.  I had the pleasure of working with Esther on a number of educational initiatives and came to appreciate her calm though passionate manner and untiring persistence.  She proved that despite ideological differences, she could work across party lines to reach compromise.
Despite the popular myth that most legislators don’t represent their constituents, Esther continually reflected on the needs and concerns of her neighbors.  She brought life experiences and unique skills to the process of policy creation.  She, too, was impatient with the current budget gridlock and the lack of being able to interact and reach a compromise.
House Resolution 785 is an expression of mourning for her death but it also reveals the legacy of Esther Golar that I hope will be adopted by legislative leaders, Governor and all of us.  She would want to get down to business, reach a compromise and remember who she was elected to serve.

Last Monday, I held a public meeting where my Education Advisory Council and the public could meet the new State Superintendent Dr. Tony Smith and raise questions about the future of education in our state.
It was encouraging to hear his five goals and philosophy.  Backed by the State Board of Education, Smith will encourage competency based learning, access to quality education for all, adequate and equitable funding, local district autonomy, and the role of schools as centers of healthy communities. 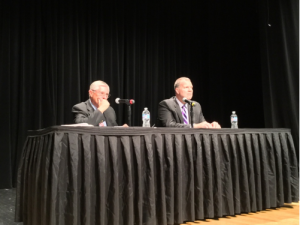 His focus on reducing state mandates and giving districts more flexibility in fulfilling their mission received general approval.  Smith mixed no words in stressing that our state and nation need to be teaching the new learning standards and creative thinking.
Measuring progress toward those goals will take time.  He said the new Partnership for Assessment of Readiness for College and Careers (PARCC) will continue to be modified and improved.  He acknowledged the test this spring was too long and there’s a wide disparity in the accessibility and familiarity with school electronic devices used to take the test.
Partial state results from the first PARCC testing were released last week amongst frustrations with the delay and still lack of school level results.  Smith called the test a new method of discovering what students are learning and how they compare with students in other states and nations.
The low test results were not surprising–less than 4 in 10 Illinois students met or exceeded grade level expectations in math and English language arts.  Smith pointed out that the test was measuring the new learning standards and teaching methods despite schools only relatively recently shifted to using them.  Three quarters of the tests were given on electronic devices that were unfamiliar to many students and created testing interruptions.
If you would like to watch the discussion in full, you can view it here.

One more state program is being funded without a state budget due to a broader interpretation of a court order.  Comptroller Leslie Munger recently announced payments are being made for childhood early intervention programs as part of a judicial consent decree.
Many early intervention providers have been contacting my office to say their work with infants and toddlers who have learning and physical disabilities cost a lot less and are more successful than work when the child is older.  Funding for these programs costs about $262 million.
Well over 90 percent of state programs are being paid without a budget or any recognition of the state’s revenue.  Current estimates are that the state is spending at the rate of $38 billion with anticipated revenues of only $32 billion.

As I’ve mentioned in previous Perspectives, the governor has used emergency rules and spending reductions to mitigate our growing debt.  One program hit especially hard was the subsidized childcare program where new applications have been reduced by nearly 90 percent.
I have been very supportive of this program since it helps low income families with the cost of quality childcare while the parent(s) works or goes to school to improve their skills and employability.  During a private meeting with the Governor last week, I reviewed with him how this program has helped families get off welfare, helped prepare at-risk children for kindergarten and increased the confidence for countless young families that they can obtain a better life.
The Governor was well aware of the high quality childcare industry that has developed because of this program and how it might be permanently dismantled with the drastic cut in participating children.  He assured me that he would rescind the executive order limiting eligibility once the state has a budget and spending priority can be given for programs that make a significant difference in our economy.
Everyone concerned about the lack of funding for valuable and successful programs should do everything possible to get the legislative leaders and Governor to resume budget negotiations.  I know the Governor has called meetings to discuss a balanced budget and reforms that will grow the economy but the House Speaker and Senate President have refused to attend.  It is becoming very apparent that the only way to break the current log jam is for an uprising of voters demanding action and pressuring legislators and their leaders to negotiate.
You can read the commentary I recently submitted to local papers on the need for citizens to speak up here.
Budget Still at an Impasse
During the House session last week I could not find a single sign of progress toward a balanced budget.  There have been no budget negotiating sessions among legislative leaders and the Governor or even one scheduled.  No bills were moving to increase revenue by natural growth or through new taxes and fees.  Gaming bills that some feel would generate billions in new taxes are gathering dust.  Any proposal to make government more efficient or reduce expenses gets sidetracked.
Only bills to increase spending beyond anticipated revenue receive committee hearings and floor debate.  On Thursday, the House Executive Committee passed a $3.8 billion spending bill without even discussing if there was revenue to pay for it.  The House did not take up SB2046 or SB570 to fund child care assistance.
There was another Committee of the Whole to discuss the need for mental health programs and police training.  Debate on SB4150 to fund these and other programs failed to garner enough votes for passage.  Surprisingly there are no bills or debate to fund higher education, MAP grants for low-income students, or state worker/retiree health care.
It appears several factors may be contributing to the lack of negotiations.  First, there is no crisis—state workers are being paid, government offices are open and schools are holding classes.  Providers and clients of non-funded programs are not making enough noise.  Second, any revenue increase would take a super majority vote for passage until January 1 when only a majority vote is needed.  And third, attention is focused on filing for the primary election and how many contested races there will be.

ComEd, in conjunction with the National Safety Council, held a reception last week in Oakbrook to recognize and award safety grants to municipalities across Northern Illinois.  Seventeen municipalities, including the Village of Kingston, were recognized and awarded a total of $137,000 through ComEd’s Powering Community Safety grants.

Kingston Police Chief George Taft (center) accepted a check for $2800 which will be used to purchase a speed detection device for the police department.  It will be used to enforce the speed limit through the Village of Kingston including the Grade School on Route 72.
Every community in the ComEd service area is eligible to apply next year for a grant of up to $10,000 to improve public safety.  More information and application are available here.
Harvest season is here so watch out for slow moving farm machinery on roadways.  Be patient in trying to pass, watch for turn signals of equipment turning into fields and yards, and move to the side of the road when passing the wide equipment.  Enjoy the fall colors, pumpkins and town festivals.
Bob
District Office 815-748-3494 or E-Mail to bob@pritchardstaterep.com