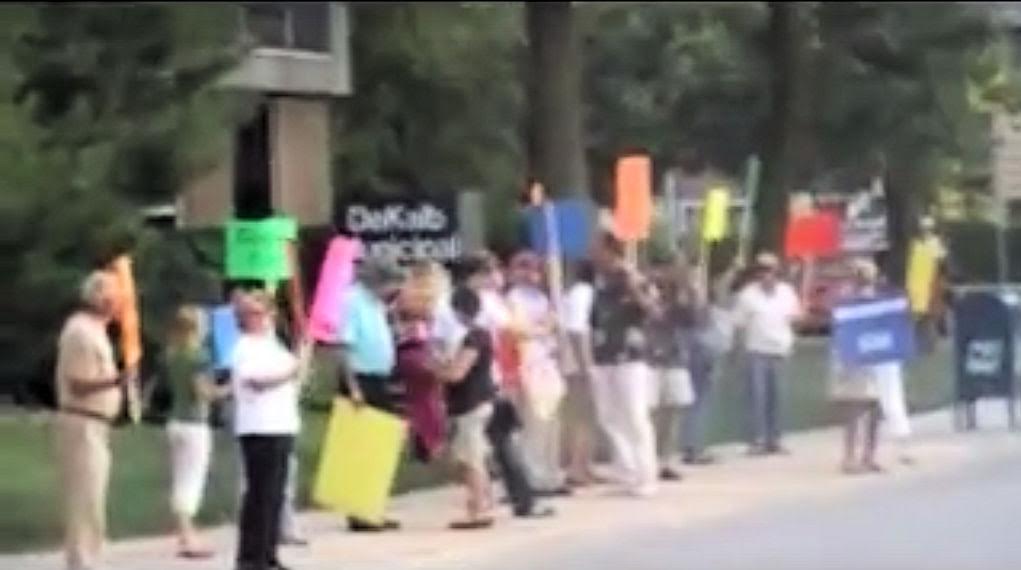 The item was brought before the council as an actionable item without input from any advisory committee, civic organization, or members of the public or introduction at Committee of the Whole. It passed First Reading at a meeting when barely a quorum of council members were in attendance. But the speeding train for approval derailed when the mayor and aldermen began hearing from their constituents.

Mayor Rey issued a press release announcing that he was going to ask the council to postpone the matter for further review. Too late. A couple of dozen people spoke in opposition to the proposed ordinance during the public comment session on the agenda.

Some NIU students and staff were concerned that the ordinance had passed First Reading without any input and while the university was not in session. Others who remembered and participated in protests back to the times of Richard Nixon, Viet Nam and the Kent State massacre bristled at the very thought of infringing on the rights of protesters.

After hearing an hour or so of criticism and questioning of the motivation behind the ordinance Chief of Police Gene Lowery broke rank of Rey’s requested postponement and gave a brief presentation on his thinking on the ordinance. He acknowledged he made a mistake on the timing and procedure of the proposal. He may have even fallen on his sword for the mayor and city manager who set the agenda and they city attorney who fine tunes the details.

His presentation included a security video recording of a group of protesters blocking traffic at the police station, an idiot that drove through the line hitting a lady and the potential explosive behavior that ensued as the driver pulled into the parking lot. Another recording showed a large gathering of partiers that overwhelmed police presence in the old Greek Row neighborhood.

Lowery said the intent wasn’t to take any rights away from assembling. The effort was motivated by the need to protect protesters, the public and the police from the hooligans who take advantage of the situation. He sought input and sent officers for training with the Department of Homeland Security (DHS). He was confident the proposed ordinance would pass any constitutional test.

So the item was added to tonight’s HRC meeting at 6:30 p.m. in the Council Chambers on the second floor of City Hall. Anyone wishing to address the Commission directly may do so during the meeting’s public comment period.

The rights for public assembly will be staunchly defended as well they should be. So too should the public’s right to be safe in their homes and on their sidewalks and streets.

This past weekend was yet another rough one for the DeKalb neighborhood commonly referred to as the old Greek Row area. Two people were arrested in a shooting incident that erupted from a large gathering on Kimberly Drive. A lady was shot. Next day two were arrested by State Police at the DeKalb Oasis after fleeing the scene of another large gathering a block away on West Hillcrest. In fleeing the scene the suspect drove into a county squad car. Both incidents occurred around 3 a.m. #notsoproudlydekalb

A definition of public assembly is needed. The First Amendment by all means protected. But there is a difference between the Friday night assemblies on the corner of First Street and Lincoln Highway and an out of control sized party on Greek Row.

This is needed public discussion.