DeKalb County State’s Attorney Richard Schmack announced today that he has completed a six-month review of all known evidence in the case of People v. Jack D. McCullough in compliance with a court order to respond to Defendant’s Motions. The Answer to the Motion for Relief from Judgment has been filed, along with a Report Disclosing Evidence to the Court and Defendant under Illinois Rules of Professional Conduct 3.8(g) and 3.8(h). Owing to newly discovered evidence undermining the possibility of guilt, and the sheer weight of previously-known evidence, the Answer and Report do not oppose Defendant’s motion. Copies are attached to this press release, along with other previously filed materials. State’s Attorney Schmack issued the following statement summarizing his findings:

All reliable evidence obtained from 1957 through today shows that Maria Ridulph disappeared from Sycamore between 6:45 and 6:55 p.m. on December 3, 1957. Almost immediate interviews with her family, friends and neighbors by local, state and federal law enforcement authorities led to this conclusion. At least 20 individuals saw or heard her between 6:00 and 6:45 p.m. and their statements were unfailingly consistent.

2012 trial testimony from Katherine Tessier Caulfield, which appeared to support an earlier disappearance, has been disproved by newly discovered documents. Katherine did not observe police searching for Maria at 7:00 p.m. because 1957 Sheriff’s Department documents, as well as FBI interviews with Maria’s mother and the Sycamore Police Chief, prove that her abduction was not even reported until 8:00 p.m. Moreover, the 4-H Federation Christmas Party Katherine attended in DeKalb almost certainly ran from 7:00 until 9:00 or 9:30 p.m., and not from 5:00 to 7:00, as she testified, according to Farm Bureau newsletters and the recollections of the 1957 and 1958 Federation Presidents.

The 1957 investigation correctly concluded that John Tessier, now known as Jack McCullough, called his parents in Sycamore collect from Rockford at 6:57 p.m. on December 3, 1957, as has always been conceded by the State Police and the State’s Attorney’s Office.

Illinois Bell records, recently subpoenaed from AT&T, prove that the call was placed from a pay phone in the Post Office in downtown Rockford, not some other phone booth closer to Sycamore, as had been speculated.

FBI reports show McCullough had contact with Air Force personnel at the Post Office recruiting station between 7:15 and 7:30 p.m. This contact, along with the call from the same building, conclusively prove he was in and around the Post Office from at least 6:55 to 7:20 or 7:30 p.m. that night.

It is a manifest impossibility for him to have been in Sycamore at 6:45 and also have made a phone call in downtown Rockford at 6:57. Even speculating, despite all evidence, that the abduction might have occurred as early as 6:30 p.m., the shortest distance from Sycamore to the downtown Rockford Post Office is 35 miles. Covering that distance in 20 minutes would have required the driver to have averaged over 100 mph for the entire trip on two-lane snow-covered county roads and heavily trafficked city streets in the dark winter night. It is absolutely clear that in 1957, the FBI, the DeKalb County Sheriff’s Department and the DeKalb County State’s Attorney’s Office, properly cleared him of involvement. No mistakes were made by law enforcement or the prosecution at that time.

The Seattle judge who signed the arrest warrant for McCullough in 2011 was grossly misled as to the time of the abduction. The 2010 and 2011 DeKalb County Grand Juries also received misinformation as to the time of the abduction and the timing of Katherine Tessier Caulfield’s trip to DeKalb. In upholding McCullough’s conviction, the Appellate Court relied heavily on this mistaken testimony from the defendant’s sister, and false testimony that there was a streetlight on the corner.

Since McCullough was in Rockford when Kathy Sigman briefly stood on an unlighted corner in Sycamore with Maria’s kidnapper in 1957, her selection in 2010 of a black and white headshot of him as a teenager is clearly an unintentional and tragic mistake on her part.

It is well known to professional prosecutors that the identification of strangers from photo arrays, even within a few days of the event, is among the least reliable forms of evidence. It has probably led to more wrongful convictions than any other factor.

Kathy viewed the array 53 years after the fact, and one week after being told there was a new and viable suspect in Maria’s murder. The photos were displayed by an officer who knew which photo was the suspect, a practice now outlawed in Illinois. The array was suggestive in the extreme. The other five photos were professional yearbook photos with light backgrounds of young men wearing suit coats.

Conversely, McCullough’s photo was a snapshot, with a dark background, of him in a shirt with no coat. His was the only photo of someone who lived in Kathy’s neighborhood. The others were not even on the FBI’s exhaustive list of nearby residents. McCullough lived around the corner and down the block from Kathy, she played with all his siblings and she was a frequent visitor to playmate Johnny Peterson, whose home adjoined the Tessier’s unfenced backyard.

In addition, she previously identified someone as Maria’s kidnapper. In December 1957, with events fresh in her mind, Kathy viewed a line-up of five individuals. She was able to judge height and weight as opposed to viewing only headshots. She selected a man who was twelve years older and five inches shorter than McCullough. That individual was quickly cleared because he lived in Wisconsin, had alibi witnesses and had only been added to the lineup as a filler.

The Defense was barred from introducing this mistaken identification and evidence concerning another strong suspect viewed in a different line up. She described that suspect as being very close in appearance to the kidnapper. He was also much shorter and older than McCullough. She thought his voice was different though, so although he lived in a nearby town, had a history of child molestation, a witness said she saw a truck bearing his name leaving the scene and his only alibi was his wife, he was never charged. The Appellate Court has since ruled in this case that the trial court’s decision to bar this evidence was legally incorrect.

Thousands of pages of improperly excluded police reports more than 20 years old contain a wealth of information pointing to McCullough’s innocence, and absolutely nothing showing guilt. This evidence is detailed in a lengthy report which I have filed with the court in accordance with my professional, ethical obligation as a prosecutor and my duties as a public official.

I know that there are people who will never believe that he is not responsible for the crime. Many of these people are my neighbors in Sycamore. But I cannot allow that to sway me from my sworn duty to support the Constitution of the United States, the Constitution of the State of Illinois, and to perform faithfully the primary duty of my office, “To seek justice, not merely to convict”.

Finally, and on a personal note, I have family and children myself, and truly cannot imagine the pain which this crime brought to Maria Ridulph’s family as well as her friends and neighbors. My family has lived for over 30 years in the small Sycamore neighborhood where this crime happened. My children attended West School, just as Maria did.

I truly wish that this crime had really been solved, and her true killer were incarcerated for life. When I began this lengthy review I had expected to find some reliable evidence that the right man had been convicted. No such evidence could be discovered. Compounding the tragedy by convicting the wrong man, and fighting further in the hopes of keeping him jailed, is not the proper legacy for our community, or for the memory of Maria Ridulph. 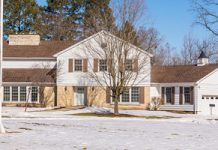 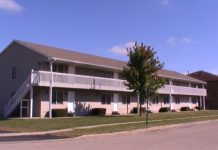