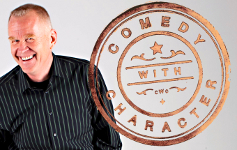 Come see comedian Bob Stromberg at the Egyptian Theatre this Saturday, April 9th, beginning at 7:30pm at the Egyptian Theatre. Bob Stromberg is a funny man. For over thirty years he has traveled the world performing his very unique and perfect blend of standup, story and shtick. He’s the co-author and an original star of the megahit theatrical comedy, Triple Espresso (A Highly Caffeinated Comedy), which has been seen by over two million people from San Diego to the West End of London. The Chicago Sun Times called Bob, “…a mesmerizing physical comedian.” The London Times called him, “…a genuinely funny man.” Presented by: Hillcrest Covenant Church.

For over thirty years Bob Stromberg has been delighting audiences of all ages with his perfect blend of standup, story and shtick. Always clean, his presentation is a disarming healthy blend of knee-slapping comedy and wholesome encouragement. Bob’s facilitates surprising laughter with an arsenal of gifts including physical comedy, a non-threatening touch of audience participation and yes…even hand shadows, which the London Metro described as “stunning”.

Add to this hilarious and tender stories from his own experience and audiences leave amazed, refreshed and different than when they came. He has written Finding the Magnificent in Lower Mundane, the award winning, beautifully illustrated family story The Miracle at Stinky Bay and the best selling Why Geese Fly Farther Than Eagles. He is known by many for his appearances on the awarding winning TV comedy Bananas. 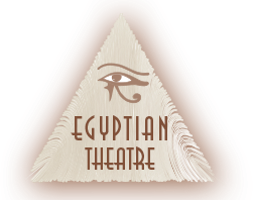 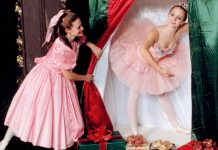 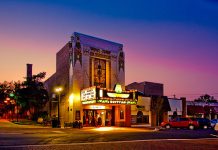