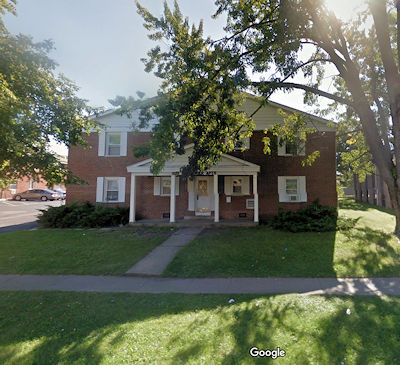 The DeKalb Fire Department responded to the scene for a report of a structure fire. While en route to the scene, notification was received that people were trapped inside. Engine 3 was the first arriving unit and noticed smoke and fire coming from a second story rear apartment window.

Residents trapped in their apartment were in a front apartment window on the second floor. Fire crews advanced hose lines to make initial interior and exterior fire attacks. DeKalb Fire crews placed a ladder to the second floor and assisted two trapped residents out of the building. Upon reaching the fire apartment, fire crews forced open the door and were able to quickly contain the fire to the affected apartment and attic area. Extensive overhaul was performed to ensure there was no fire extension to other apartments in the building. The affected apartment had severe fire and smoke damage with moderate smoke and water damage to a majority of the building. The

DeKalb Fire Department worked with building management and the American Red Cross to assist displaced occupants. One firefighter and two residents were evaluated on scene; no further medical attention or transport was necessary. Fire crews remained on scene for several hours to provide fire watch due to the extent of the fire 5, and Rescue 1