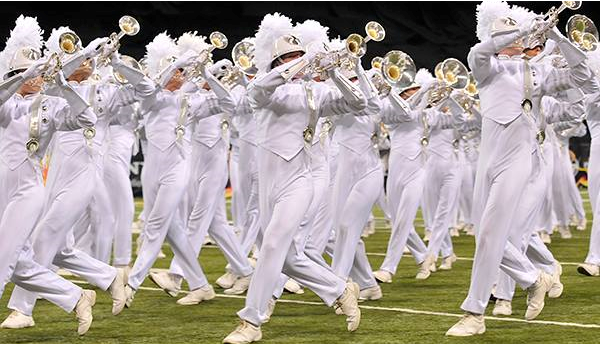 The sounds of drums and bugles return to DeKalb and NIU Huskie Stadium as the Tour of Champions makes it annual appearance. “This is one of the premiere shows of the early season from the drum Corps” says Michael Embrey, local Drum Corps promoter and special event planner. “This brings 8 of the top 12 champions to DeKalb and becomes the point when the judges start finding the future winner of the championship which is held in mid-August.” The show will be held at the Northern Illinois University Huskie Stadium in DeKalb. In addition to the competition, there will be a clinic and workshop for High School Music Directors hosted by the Phantom Regiment Drum Corps.

Prior to the show many past drum corps alumni will host a meet and greet at Fatty’s Pub on West Lincoln Highway starting at 4:00 PM. Local tickets may be purchased from FunME Events, 650 Peace Road-Ste. F, DeKalb, Illinois, phone 815-756-1263 or by calling Ticketmaster at: (800) 745-3000. This events is hosted in part by Phantom Regiment, FunME Events and Kishwaukee Fest Organization.