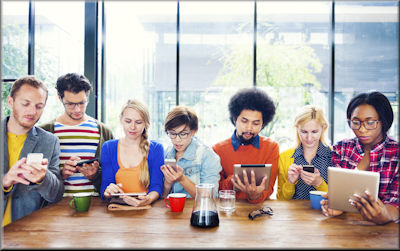 New BBB research shows optimism bias is widespread; we all think others are more vulnerable… and scammers count on that

The stereotype of the “little old lady” as scam victim is wrong, and Millennials are actually more vulnerable to scams than Baby Boomers. That’s the conclusion of new research by the BBB Institute for Marketplace Trust (BBB Institute). Marketplace scams affect one in four North American households each year at an estimated loss to individuals and families of $50 billion, yet most consumers believe they are invulnerable.

“This research is so vital, not only to stop scammers from hurting consumers, but to help businesses,” said Mary E. Power, president and CEO of the Council of Better Business Bureaus (CBBB). “That $50 billion ‘underground’ economy is stealing from the legitimate marketplace. Every dollar lost to a scam is a dollar not spent at a lawful, trustworthy business.”

The research, Cracking the Invulnerability Illusion: Stereotypes, Optimism Bias, and the Way Forward for Marketplace Scam Education, is based on a survey of more than 2,000 adults in the U.S. and Canada. Participants were asked about their perceived vulnerability to scams, who they think is most likely to be scammed, and about the factors that helped them to avoid being scammed. The participants did not know that BBB was the sponsor of the survey.

“We’ve bought into stereotypes about scam victims – they’re usually seen as vulnerable and elderly, or gullible and poorly educated,” noted the paper’s co-author Emma Fletcher, product manager with the BBB Institute, CBBB’s foundation. “These stereotypes are strongly held… and they are wrong. We are all at risk, but younger and more educated individuals are actually the most likely to be scammed.”

“Optimism bias – the idea that we all think other people are more vulnerable than we are – is associated with risk-taking and failure to heed precautionary advice,” said co-author Rubens Pessanha, CBBB director of marketing research and insights. “Seniors may be the one group that does not suffer from optimism bias when it comes to scams. They’ve heard, loud and clear, that they are at risk. Seniors may very well be morescam savvy than others. They are also less impulsive buyers than younger consumers, and less likely to be making purchases online where so many scams take place.”

The new research also confirms some trends noted in BBB Scam Tracker, a crowd-sourced reporting tool. More than 30,000 consumers have reported details of scams to BBB since the site was launched in late 2015, and reports are shared with law enforcement to drive investigations. Of those consumers reporting scams to BBB Scam Tracker, 89% of seniors (age 65 and up) recognized the scam in time, while only 11% reported actually losing money. For those age 18-24, however, more than three times as many failed to recognize the scam – 34% reported losing money. Armed with this information, BBB is calling for a new direction for how society approaches the problem of fraud. The report recommends a three-pronged approach:

Leverage Technology, Crowdsourcing and Altruism: Targets of scams feel empowered when they can take back some control by reporting what has happened to them in order to help warn others. This altruistic impulse is the number one motivator for reporting scams. As noted in the report, “The voices and stories of others have the potential to normalize the problem in a positive way, shedding the shame and stigma of victimization with the message that, if it can happen to other people like me, it can happen to me.”

Take Aim at the Optimism Bias: Consumer education must heighten perceptions of personal risk and provide information that boosts confidence in one’s ability to protect oneself. Motivation to take protective action requires both the sense that one is vulnerable and the tools to do something about it. Effective public education must take a twofold approach; it must confront its audience with messaging that runs counter to stereotypes and perceived invulnerability, while simultaneously providing information that empowers individuals to avoid becoming victims.

Provide Preemptive Information: Survey participants, when asked what might have prevented them from being scammed, said knowing about different scam types and understanding common methods used by scammers prior to being targeted would have helped. Nearly 80% of respondents identified one of these two factors as most protective; only one in five felt doing research after being approached by a scammer was most protective.

ABOUT THE BBB INSTITUTE: The BBB Institute for Marketplace Trust is the educational foundation of the Council of Better Business Bureaus and a nonprofit 501(c)(3) organization. Its goal is to connect targeted consumer populations to BBB services, promote consumer awareness and financial literacy, and advance business ethics in the marketplace. The organization offers in-person training, print and digital educational resources, scholarships, and recognition programs that promote ethical enterprise and fraud prevention across North America. 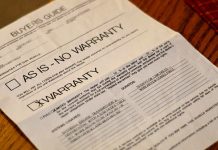 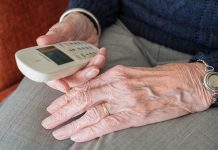 Scam Calls Are NOT Com Ed 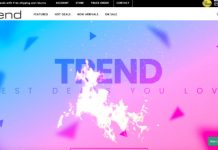