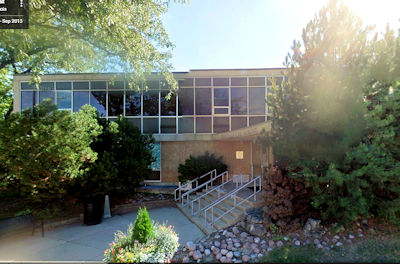 A committee of DeKalb residents will attend the regular meeting of the DeKalb city council on Monday, September 26, to present concrete proposals for restoring a full-time, elected city clerk. The group also announces a petition drive as a general call for council action and to raise awareness of ordinances that have served to deprive DeKalb residents of elected clerks and clerk candidates.

The citizens of DeKalb clearly wish to retain the city clerk position as an elected office. In a 2006 referendum, the voters rejected a measure to change the Office of DeKalb City Clerk from an elected office to an appointed one by more than 62%. In a 2012 referendum, more than 70% of DeKalb voters likewise rejected a similar measure. However, ordinances passed later that year and in 2013 reduced the compensation of the clerk from $60,000 to $5,000, re-assigned non-statutory duties from the clerk to the city manager’s office to make the position part-time, and stripped the clerk’s statutory powers to staff and supervise the office. Since then, no clerk candidate has filed petitions to get on the ballot, and the write-in candidate who won in 2013 served less than 18 months before resigning. The office has also suffered turnover of clerks appointed in the absence of an elected clerk, with three individuals serving in 2015 alone.

Members of the committee formed to restore the clerk say now is the time. “Council thought the ordinances they approved four years ago would help the clerk’s office, but the results clearly suggest the opposite happened,” says Lynn Fazekas, who has written blog articles about the consequences of the changed ordinances. “In the next couple months, the council will need to approve next year’s budget, as well as compensation ordinances for the officers who will be elected to DeKalb city government in the spring. Council can uphold the will of the voters and help ensure quality candidates by restoring the compensation and powers of an elected, full-time clerk.”

The proposal includes the recommendation that council re-assign non-statutory duties to the clerk’s office, which it is allowed to do under Illinois law, in order to create full-time status and justify higher compensation. Specifically, the group suggests that the job to process Freedom of Information Act requests be returned to the clerk, because it complements the clerk’s skill set and can be done significantly more cheaply by the clerk or a deputy clerk than by the management analysts who handle them now.

The DeKalb City Council will meet in Council Chambers, 200 South Fourth Street, 2nd floor, for a Committee of the Whole meeting at 5 pm Monday, September 26 and its regular meeting beginning at 6 pm. Members of the committee to restore the clerk’s office will present its proposal during the second meeting at the time reserved on the agenda for general public comments. 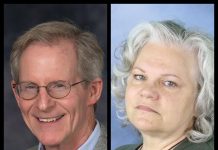