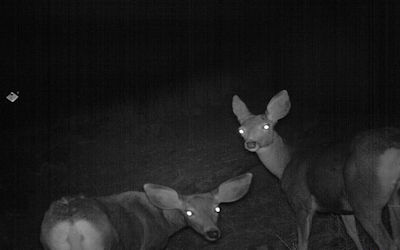 “Deer have other things on their minds at this time of year. They aren’t looking out for motorists, so motorists need to be looking out for them,” said Illinois Transportation Secretary Randy Blankenhorn. “If you are in areas where you know deer to be active, please pay special attention to avoid putting yourself and other drivers at risk.”

Approximately 40 to 45 percent of crashes in Illinois involving deer in 2015 occurred in October, November, and December – with November being the highest-risk month. Almost 80 percent happened in rural environments, with nearly 75 percent of all crashes taking place at twilight or nighttime.

The top 10 Illinois counties for crashes involving deer in 2015:

“Deer are a constant presence throughout the year along and near Illinois roadways, but they are particularly active during the autumn mating season,” said IDNR Director Wayne Rosenthal. “Motorists should be extremely cautious and stay on the lookout for deer.”

Motorists at this time of year are urged to be aware of their surroundings, pay attention to deer crossing signs and scan the sides of the road for eye shine – the reflection of headlights in the eyes. Deer can stop in the middle of the road or double back, so be prepared for the unexpected. Slow down if you see deer – more are likely in the area.

If a collision is inevitable, try to glance the vehicle off the deer and avoid swerving into the opposite lanes of traffic. More safe driving tips can be viewed by clicking here.

If you do hit a deer, pull off to the shoulder and turn on the hazard lights. Call 911 to report the accident so the appropriate law enforcement can assist. Do not get out of the vehicle to check on an injured deer or pull it from the road. You can visit the IDNR website for information on how to claim a deer that has been involved in a crash.
www.idot.illinois.gov