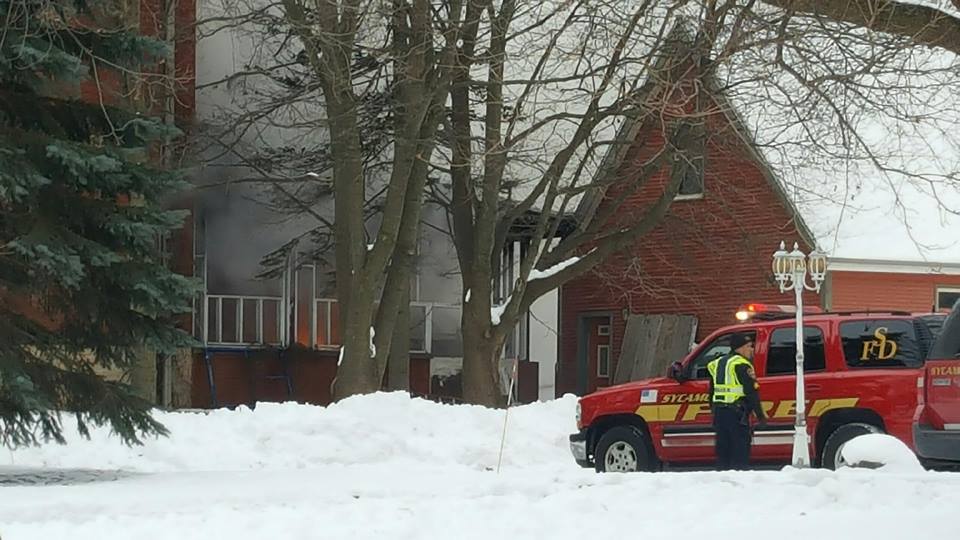 On December 16, 2016 at 1252 hours the Sycamore Fire Department was dispatched to 307 North Main Street for a report of a van on fire in the carport attached to the residence. Arriving crews found heavy fire and smoke coming from the carport in the Historic Boynton House. The fire spread into the three story structure adjacent to the car port. Fire crews were able to halt the spread of fire to the west end of the home. Much of the building suffered smoke and water damage.

The fire was brought under control approximately one hour and 30 minutes after dispatch. Crews remained on scene for several hours doing overhaul operations.

The fire appears to have started in the area of the carport and an initial estimate of damages from the fire is approximately $175,000 to structure and contents.

Injuries: There were no injuries to firefighters or residents.