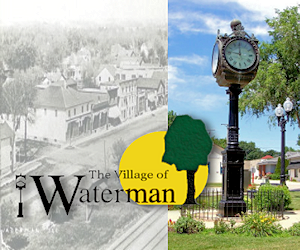 Any street in the village with curbing on both sides

Any vehicle found illegally parked under this subsection may be towed away under the order of either the police department or the public works department, and in addition to the fine, the violator or owner of the vehicle shall pay any necessary towing and storage charges to the towing agency prior to regaining possession of his/her vehicle.

The person parking any vehicle found illegally parked under this subsection shall be fined the sum of fifteen dollars ($15.00) to five hundred dollars ($500.00).

Check out The Village of Waterman