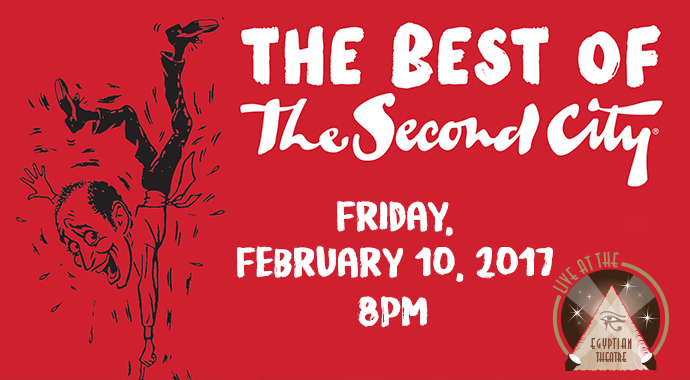 This must-see show features the best sketches and songs from The Second City’s 55-year history made famous by superstars like Tina Fey, Stephen Colbert, Steve Carell, Gilda Radner, Bill Murray and more– as well as their trademark improvisation. Come see where it all began during this special one-night engagement.

Based in Chicago, The Second City touring company has been traveling all over the United States and Canada since 1967 and is revered as one of the top names in comedy.

Scott Flores-Deter, stage manager for The Second City touring company Green Company, is a graduate of Northern Illinois University and is excited to return to DeKalb with this group.

Fresh, fast and always spectacularly funny​,​ The Second City is celebrating 55 years of producing cutting-edge satirical revues and launching the careers of generation after generation of comedy’s best and brightest.

Tickets start at just $20 and student discounts are available. Some content may be for mature audiences. Reserved tickets can be purchased at www.egyptiantheatre.org, over the phone at 815-758-1225, or in person at the Egyptian Theatre Box Office.

The Egyptian Theatre is located at 135 N. 2nd Street in Downtown DeKalb, IL and is owned & operated by the 501(c)(3) non-profit organization Preservation of Egyptian Theatre, Inc..