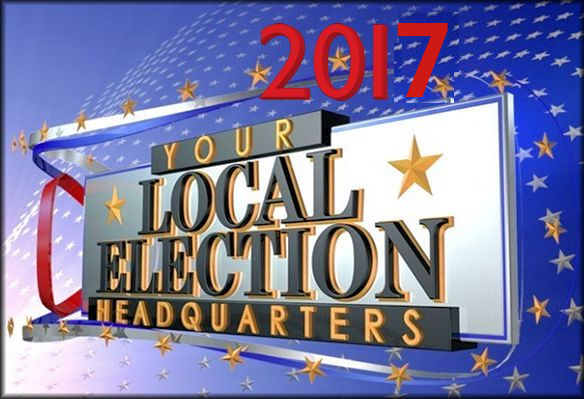 A couple of candidates dropped out of their races for seats on the boards of local government. Mike “Max” Maxwell announced his withdrawal as a candidate for 6th ward alderman in DeKalb. Scott “Clyde” Campbell penned a letter to the editor announcing his withdrawal from his bid to serve on the CUSD District 428 Board of Education. Both announcements were published after Early Voting started and according to a press release from the County Clerk and Recorder’s office both candidates’ names are on the ballot. If formal withdrawal of candidacy was filed with the Clerk’s Office any votes cast early or on April 4 for either candidate will NOT count. If not properly filed the votes WILL count.

Both announcements profoundly increased my frustration with local government. For vastly different reasons.

Max Maxwell seems like the kind of guy that will serve only three masters in the following order: God, family and the public. He’s tentative to the concerns expressed on local issues. He attends meetings, speaks up when necessary and participates at many levels in the community. He assessed the time requirement of serving as a city council member and decided he couldn’t devote as much of it as he felt taxpayers deserved.

He made the right decision but it’s frustrating. Another victim of the barrier of penny-wise but pound-foolish politics in local government. It never ceases to amaze me how little local voters value the time of the true stewards of their money — their elected boards — as they struggle to reconcile the cost of local government services. At least a city council member gets paid. In DeKalb, it’s something like $6,000 per year. That’s not out of whack with other municipalities. Most other elected local board members serve as volunteers.

Those who pay close attention to city hall know the depth and scope of the backup material for the decisions required of the council are enormous. So often is the cost of those choices.

Taxpayers complain loudly and often that their local boards are filled with retirees, the elite and the self-serving. But their disapproval of paying local elected servants any resemblance of their efforts is so prevalent that no politician would argue otherwise. It’s frustrating that their well-paid administrators are so successful in convincing volunteer or underpaid boards that if they want the best in public service they must pay accordingly. Public Administration. Fail.

Sixth ward and DeKalb voters are fortunate that Mike Verbic remains on the ballot. He served on CUSD District 428 board as a volunteer. He’s smelled tar and feathers for the school construction debt bond obligations showing up increasingly prominent on local property tax bills in his unsuccessful bid for Mayor of DeKalb four years ago. Hopefully, he is better equipped and more seasoned to handle staff’s obsession with spending.

Clyde Campbell’s announcement caught me off guard. He’s new to the local political scene and obviously a sharp guy. He’s also a teacher (in Rochelle) so he knows better than most what the time commitments are for serving on the elected school board. He didn’t drop out of his race because he couldn’t devote the time. He stated that as of last year, 50.4% of CUSD District 428 enrollment are minority students while the current board has no minority representation. He feels there are highly qualified minority candidates running and did not want to risk taking diversity-conscious votes away from them and “end up as yet one more white face on a Board governing a majority-minority group of kids.”

That’s pretty deep thinking. Selfless, too. But we’ll see how effective it is in terms of the April 4 elections. Diversity needs to be embraced in DeKalb and elsewhere. But it isn’t yet. Because it isn’t understood. It isn’t openly discussed because the conversation isn’t always comfortable — especially among elected officials. That feeds misconceptions that are too old and tired for the 21st century but still persist today.

Misconceptions like minorities are the source for DeKalb’s spike in crime rates. Poverty and the lack of opportunity to do anything about it are the breeding ground for the crime regardless of race, creed or color. That’s not a scientific observation it’s an age-old history lesson.

Perpetuating misconceptions is how old money can be rewarded with millions of dollars of new public funds for not taking care of property maintenance issues. It’s how to manipulate a huge property tax break with false claims. It’s also how politicians desperate to claim something positive in economic development in DeKalb overlook the efforts and achievements of minority entrepreneurs in the 3rd and 4th wards.

District 428 is now a minority-majority school district, according to Campbell. A more diverse board (and staff) makes sense. But if the same eight percent turnout of 2013 is all that votes in this April 4 election little will change including misconceptions.

Editor’s note: The DeKalb Chamber of Commerce is hosting a Candidate Forum for the nine remaining school board candidates Thursday night, March 9, at the Egyptian Theatre.