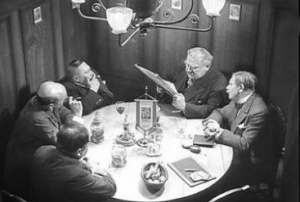 I’ve had an article by the Daily Chronicle, “Barb City Action Committee of DeKalb not able to financially back election candidates,” on my mind for a few days.

In it, the face of the committee, Christie Krupp, is quoted as saying, “The purpose was to support the candidate’s campaign efforts, but because of what I would characterize as hyperbolic negative insinuations that have been made regarding this political action committee, people have avoided taking money.”

It bothered me that the newspaper would tell only the committee’s side of the story, because I know a couple people would have spoken to the issue, including myself. Perhaps it has earned some negativity, is what I’m saying, and I wish the paper would have explored that.

I personally was first struck by the studied secrecy of the organization. The committee came out of the gate advertising how much donors could give without having themselves revealed in public reports. Also, the PAC hasn’t shared its criteria for choosing “strong, proven leaders” to endorse. It’s all a bit vague, and I think we deserve more if we’re to consider the committee a reliable source of expertise in picking candidates.

Then there are the relationships to ponder. One of the committee’s first actions was to join the DeKalb Chamber of Commerce, a move that hints at close ties between Chamber members and the PAC. Normally this wouldn’t be a problem, except that in DeKalb, not much daylight shows between Chamber and city government. In fact, this relationship costs residents tens of thousands each year, paid out by city to Chamber in grants, admissions to events, dues, and fees to “train” city staff in “leadership” at $900 a pop. Even the DeKalb mayor’s annual State of the City address, required by Illinois statute, was taken from the citizens and given to the Chamber to use as a private fundraiser.

Some of these costs that we citizens bear are actually generated by the Chamber project called Renew DeKalb [cough-skating rink-cough] and Renew’s alias organization, Proudly DeKalb. I attended one of Proudly DeKalb’s (free) civic leadership academies in December, where I ended up asking about the relationship between Proudly DeKalb and Barb City Action Committee. The Chamber/Renew/Proudly leaders who were present insisted there’s a clear separation between the two organizations, but also admitted to significant overlap in membership. In other words, it’s fair to regard the committee as a political arm of Proudly DeKalb.

When I do the math, associations with Chamber/Renew/Proudly and their financial interests in the city add up to a matter of public interest, and the committee is therefore a rightful target for scrutiny and comment. If committee members don’t like the feedback, they should change how they’re doing things.