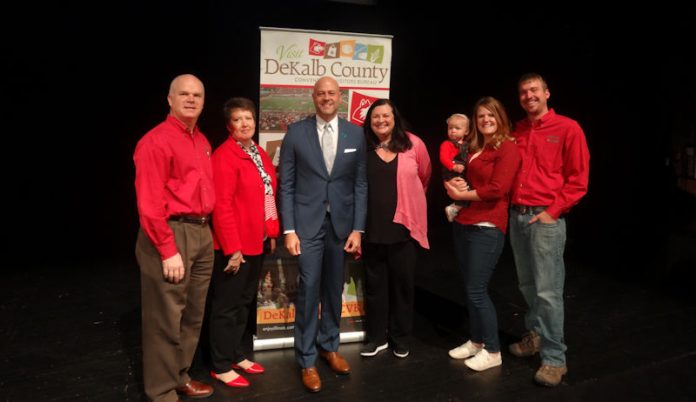 The Illinois Office of Tourism and the DeKalb County Convention & Visitors Bureau are proud to announce the second Illinois Made Maker for DeKalb County, Jonamac Orchard.

DeKalb, IL: Cory Jobe, Director of the Illinois Office of Tourism announced Jonamac Orchard in Malta, Illinois as the second Illinois Made Maker in DeKalb County. The announcement was made during his Let’s Talk Tourism presentation at the Egyptian Theatre in DeKalb in support of National Travel and Tourism Week (May 7-13, 2017). 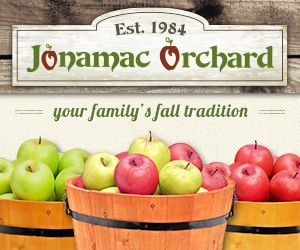 Jonamac Orchard is a family affair producing locally grown products and collaborating with other local companies to expand on their Illinois made footprint. The McArtor family purchased the established orchard and started operation as Jonamac Orchard in 1984. They have since grown the orchard to 105 acres and 10,000 apple trees. In 2000, they added the Corn Maze and have continued to grow their agri-entertainment offerings by adding a petting zoo, apple and pumpkin launchers, play areas and more. In 2014, Jonamac Orchard started producing wines made from their apples after the largest apple crop the orchard produced in its 30-year history. Jonamac has since expanded their line of wines and now also features hard apple cider and apple ale all from apples pressed on location. Jonamac Orchard opened the Cider House for the fall 2016 season where guests can sample all their bold spirit offerings.

The Illinois Made Program celebrates the people and places that create, craft and invent in Illinois. The program launched in May of 2016, and now highlights over 70 inventors, artists, artisans, performers, innovators, pioneers and makers from across the state. Recipients have to be nominated for consideration and embody the Illinois Made mantra by sourcing materials or expertise from other local businesses or Illinoisans. The maker’s passion for what they do and how they do it has made a positive impact on the people and culture of Illinois. The same way Illinois has made an impact on them. They do it here for a reason. They’ve been inspired here for a reason. They thrive off the culture of Illinois, as well as help shape it. https://www.enjoyillinois.com/illinois-made/

Whiskey Acres Distilling Company was the first Illinois Made Maker announced from DeKalb County. They were featured in the Fall/Winter 2016 Travel Illinois Magazine. 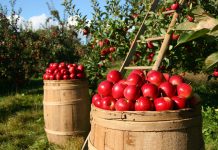 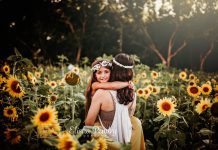 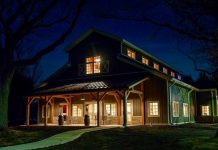