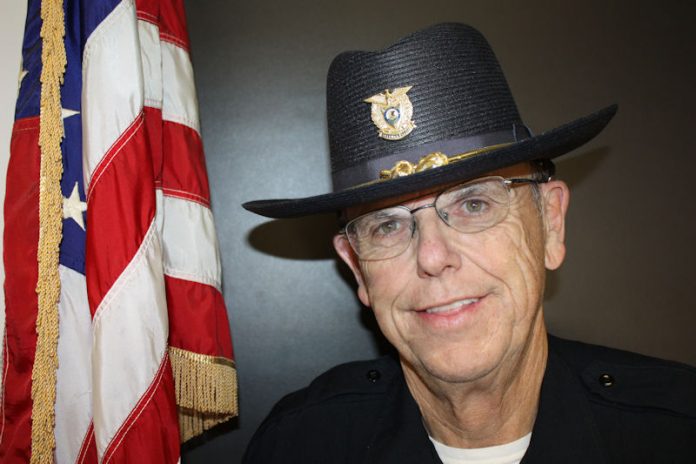 On Sunday, May 28th he will speak at the Kirkland Northern Illinois Veterans Memorial at 1:00pm and speak at the Joiner Cemetery west of Sycamore on West Old State Road at 3:00pm.

Sheriff Roger Scott was born and raised predominately in DeKalb County. He and his wife Marcia live in DeKalb are Christians and members of Waterman Bible Church. They have been foster parents since 1989, fostering approximately 35 children, adopting seven, and raising three of their own biological children.

Sheriff Scott served with the United States Air Force from 1965- 1969, receiving an honorable discharge with rank of Sergeant, after which he joined the Sheriff’s Office. He began his career as a radio operator/jailor and through the next 17 years served in a variety of positions and ranks. In 1985 he was privileged to be appointed as Sheriff of DeKalb County, and honored to be elected DeKalb County Sheriff in 1986. Sheriff Scott works along with the men and women of the Sheriff’s Office to provide the full range of law enforcement for the citizens of DeKalb County.