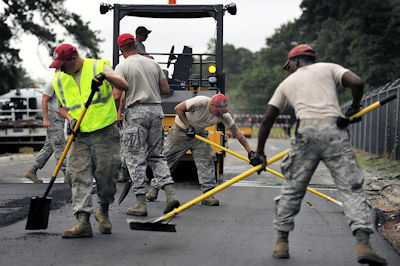 The Illinois Department of Transportation (IDOT) is scheduled to begin a $5 million resurfacing of Sycamore Road (IL 23) through DeKalb in July. The project will resurface approximately 4 miles of Sycamore Road from South Fourth Street in DeKalb to IL Route 64 in Sycamore and replace ADA-compliant curb ramps at intersections within the project area. The project, which is scheduled to last through summer, will require intermittent lane closures and lane reductions. Some work will be completed overnight to reduce traffic congestion, but residents should plan for delays when traveling through the area. Businesses along Sycamore Road will remain open and accessible during construction.

During project planning, IDOT approached the City and offered the opportunity to contribute a minimal amount of funding to the project for local right-of-way improvements to be made in conjunction with the project. IDOT secured federal funding for the project, which will cover about 80 percent of the project cost. The City Council approved a measure authorizing funding for improvements to pedestrian traffic signals at the entrance to Northland Mall and ADA-compliant curb ramp replacements on side roads and private entrances along Sycamore Road. The total cost to the City is $28,000. By entering into this agreement with IDOT, the City is able to make improvements to its local infrastructure in conjunction with the state project. This is not only economically advantageous, but it also reduces the potential for construction related traffic disruptions.

Residents should be aware that given the uncertainty surrounding the Illinois State Budget, there is potential that this project could be delayed. If the project is delayed, the City will attempt to inform residents of any developments through the City website and social media channels.