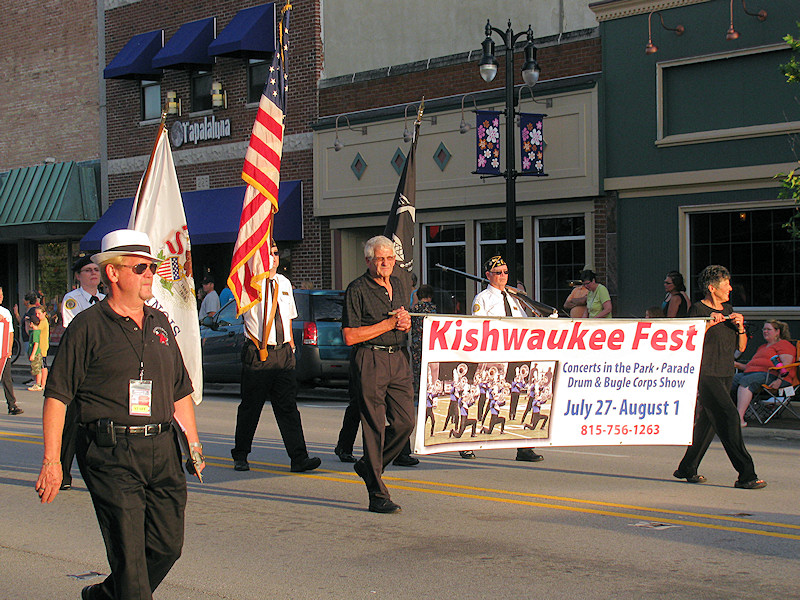 The Kishwaukee Festival of DeKalb County is proud to announce the names of the Parade Marshals for the Parade of Parades. The Grand Marshall for the Parade will be DeKalb Firefighter/Paramedic Jared Thorp. Fireman Thorp was selected because of recent heroism acknowledgement in service to the DeKalb community. The Honorary Military Parade Marshall is DeKalb Police Department Office Jose Jaques. 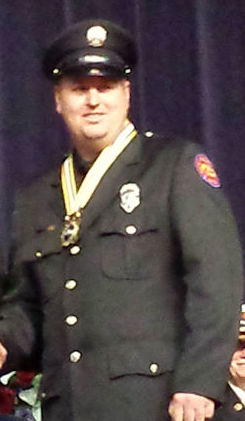 DeKalb Firefighter/Paramedic Jared Thorp received the Firefighter Medal of Honor on May 9 in Springfield, Illinois. The Medal of Honor is the highest award given by the State of Illinois to a firefighter for an act of outstanding bravery or heroism, by which the firefighter has demonstrated in great degree the characteristics of selflessness and personal courage above and beyond the call of duty, under adverse conditions, with the possibility of extreme personal risk. Jared was the first member of his department to earn the state’s highest honor for a firefighter. Thorp signed up for the job as a fire fighter because his father, Bruce Thorp, was a volunteer with the Hinckley Fire Protection District. Jared, 28, still lives in Hinckley, started classes at Indian Valley Vocational Center and was in the Hinckley department’s cadet program at age 16 – and right up until he joined the DeKalb Fire Department in 2012. Throp feels it is an honor to come to work every day and serve the citizens. He and his girlfriend enjoy taking in the local sights in DeKalb County.

DeKalb Police Officer Jose Jaques was selected to be the Honorary Military Parade Marshall because of current military background as well as active Police Officer with the DeKalb Police Department. Jose Jaques enlisted in the Illinois Army National Guard in 1987 as a Utility Helicopter Mechanic for D Company 106th Aviation Battalion. In December 1991 he was commissioned through Northern Illinois University ROTC into the US Army Reserves as a 2nd Lieutenant with C Company 4/75th Field Artillery Battalion. He currently holds the rank of Lieutenant Colonel in the US Amy Reserves. Some of his military awards include (but not a full list): Lincoln Medal of Freedom, Global War on Terrorism, NATO Service Medal, Army Achievement Medal, Army Commendation Medal, Meritorious Service Medal (4th Award). Officer Jaques was hired as a patrolman with Northern Illinois University Police Department in January 1996. He accepted a position with the DeKalb Police Department in September that same year. In his 20 years with the DeKalb Police Officer he has completed School Resource Officer Training, Gang Resistance Education and Training (GREAT) Teacher Certification, ALICE (School Intruder response) Instructor training and Bicycle Patrol Officer Training. He has served as a patrol officer for 20 years and a School Resource Officer for over 11 years. Jaques lives in DeKalb with his two children, Allysia and Anthony. He and his girlfriend enjoy attending local events in the DeKalb area.

Kishwaukee Fest of DeKalb County Parade is in its sixth year and continues to grow and be an important part of summer events in the DeKalb area. The event is called the “Parade of Parades” and features a variety of units. According to Parade Chair Susan Johnson, the parade will be as large as last year when they had 86 units. Included in the parade are a variety of floats, music units, pageant Queens, fire trucks, tractors, local business entries and ends with a special ‘Christmas in July’ section.The Parade will be held Friday, July 28 starting at 7:00 PM in downtown DeKalb.

The staging area is at the old Huntley School (now Founders School) at the corner of 7th and Taylor Streets. Parade heads north on 7th Street and the west on Lincoln Highway. Parade ends at 2nd and Locust. Following the Parade will be an old fashion Street Dance on south 2nd and 3rd Streets.

There will be a pre-parade of classic and antique cars that will lead the parade and stage between 2nd and 3rd Streets to be showcased and promote the ‘Turning Back Time Car Show’ schedule for Sunday, July 30.

Please stand and salute these two fine representatives of DeKalb County First Responders as they pass in review in the parade. For information on Kishwaukee Fest and Baconpalooza-Swine & Wine Fest, please contact Jacki Bish or Michael Embrey at 815-756-1263 or e-mail: Jacki@FunMEevents.com.