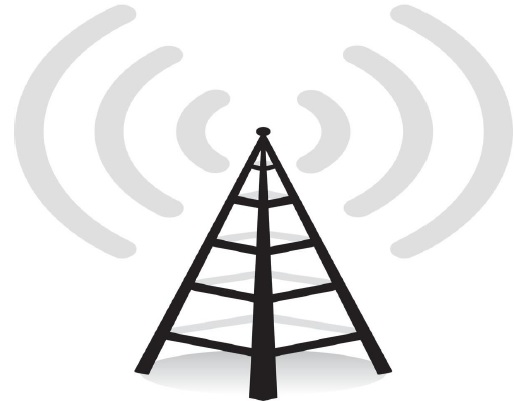 I was reading my morning news and I saw an article about the county board going to vote on a new radio system. Good, they probably need it. Most counties have rather poor radio systems. Let’s see what they’re proposing to do. Oh, they’re voting on it tonight!

Let’s get into a bit of my background. I started a company 14 years ago (and still run it to this day) building out wireless systems to provide people with Internet. Designing a network that reliably delivers the Internet performance people are looking for is imperative. I have to know some radio fundamentals to do this well. Yes, it is true that the networks I design and the network the county needs have very different requirements, but the fundamentals are the same.

I am asking the county board to postpone any decisions on R2017-97 until further discussion can be had as to the suitability of the proposal.

The system as proposed will not work. The existing system has 17 sites being a mix of transmit-only, receive-only and some that do both. The new system has four sites. Due to only having four Starcom (similar system to what’s proposed) sites in Kane County, the City of Elgin conducted their own study and determined they needed five sites in Elgin in addition to whatever overlap there was from the larger county-wide system to have 95%+ in-building coverage. There are many areas in Kane County where the Starcom system does not work with only four sites.

The outdoor coverage will likely be great. Indoor will suck. Radio communications is a two-way street. From the individual radio out in the field to a receive tower, back to a central controller (likely at the Sheriff’s office), then back out to a transmit tower and finally to everyone’s individual radios.The towers being tall does help clear obstacles such as hills, trees and other buildings, but being tall does not help penetrate buildings. Power does. The more solid the construction, the more power you need. The tower height will help the towers talk down to everybody over a larger area.

The towers are high power. Cars, trucks and ambulances are medium power. Personal radios are low power. That’s why currently they have to go to the car to use a higher powered radio to be heard. The new system would actually be less capable of going through buildings than the current VHF system. VHF is running somewhere around 150 MHz, plus or minus 20 or so. That’s a comparatively lower frequency than the 800 MHz system being proposed. It’s simple physics that 800 MHz goes through things worse than 150 MHz. The high powered towers can reach down to most everybody, but the low powered personal radios cannot reach back to the towers.

That’s where receive-only sites come in. They monitor the air for transmissions and pipe them back to the office. The sites are scattered about the intended coverage area and pick up the low power transmissions from the radios that the officers wear. Eliminating those means when an officer goes into a school in a town without a tower, he’ll be unable to talk back to the tower. That’s why Elgin at only 38 square miles has five sites. They wanted solid in-building coverage. De Kalb County at 635 square miles is looking at only four. That’s a major discrepancy. These sites can be less costly, but still necessary to ensure that officers, fire fighters, and paramedics can still be heard in schools, healthcare institutions, NIU facilities, warehouses, commercial buildings, etc. Any building of substantial construction that isn’t near one of the four towers would have issues.

Also, I would doubt some of the consultant’s work due to the fact that they could not correctly identify all of the existing locations on the map. The Tower Rd. location is off by at least two miles. What else have they gotten wrong?

Please ask questions about this at tonight’s meeting. Please talk to others in the public safety arena to see what coverage is like in their area with similar designs. The only thing worse than not quickly implementing a new system to enhance officer, fire fighter, paramedic, etc. performance and safety is to spend $4m on a new system that isn’t any better (or worse) than the old one.

(Probably not my best literary work, composed over a quick lunch break.)