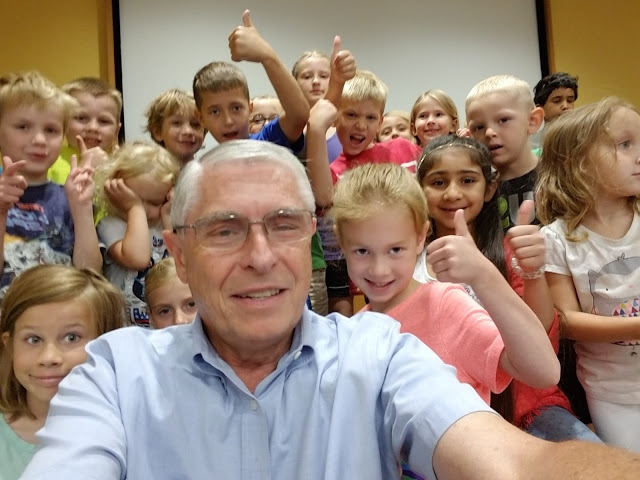 While schools are opening across the state, there is uncertainty about how long they can operate without state funding.  As you may recall, the state budget contained a provision that school funding could not be released until the new school funding reform bill–SB1–becomes law.  After delaying to send the bill to the Governor for nearly two months, the Senate finally acted on July 31 whereupon the Governor issued an amendatory veto.

The Senate returned to Springfield last Sunday to override the veto but the House now delayed action until next week.  All of these delays add to the anxiety of school officials, teachers, parents and legislators; and build pressure to accept the bill that was modified in late May to benefit Chicago Public Schools.

Until that time I was a major sponsor of the bill to improve the adequacy and equity of funding of all schools so every child receives a quality education.  Neither the Governor nor I could accept those changes and the manipulation of the Evidence Based Model for the benefit of one school district.

I believe the House will fail to override the Governor’s veto and SB1 will not become law.  A group of legislators have been meeting for weeks to negotiate a compromise and we have made significant progress.  The legislative leaders from the four caucuses will meet tomorrow to see if they can finalize an agreement for new legislation.

Here is what I said on the House floor this week that needed to be changed in the legislation.  A new bill can be passed and signed into law yet this month if the Speaker and Senate President allow a resolution.  There is no reason to put schools through the same financial pressure that the legislature created for our colleges, universities, human service providers and others over the past two years.

House Resolution 569 was presented during legislative session this week, to condemn the violence in Charlottesville, Virginia.  The Resolution specifically repudiates and condemns white supremacists, neo-Nazis, the Ku Klux Klan, and any other group that espouses hate and seeks to undermine the ideals of Illinois and the nation.

The resolution had unanimous support from lawmakers, and referred to the incidents that took place in Charlottesville over the weekend as domestic terrorism.

Dozens of bills have been signed into law over the past month at ceremonies large and small around the state.  Here are a few of note.

HB1805–called the Drive for Life Act– will allow 16- and 17-year-olds to express their wishes to be organ donors.  I was a co-sponsor of this initiative and believe it will help save lives.  This law will give hundreds of thousands of Illinois residents the opportunity to join the organ donor registry each year.  Just in Illinois there are more than 4,700 people on the waiting list to receive an organ transplant.  Being an organ donor can make a positive impact on so many other lives.

Now that it is law, SB8 makes improvements in the state procurement process that will help reduce costs, red tape and frustration.  The changes were made following input from agencies, universities and individuals who felt the current law unnecessarily restricted purchasing and didn’t affect ethical oversight or transparency.

The criminal justice reform bill–SB 1413– was signed into law, which allows men and women to receive a copy of their birth certificate without charge upon their release from the Department of Corrections.  This bill removes financial barriers for those seeking a fresh start and trying to get back on track after time in prison.

Property owners often question the work of Township Tax Assessors and the fairness and accuracy of their valuations.  The topic also came up this week in school funding discussions about the uniformity of the property assessment process across the state.

The work of local assessors is reviewed by the County Assessor and the Illinois Department of Revenue.  The Taxpayers Federation of Illinois recently released its monthly Tax Facts Report with an article about the uniformity of tax assessments.

The report, based on the latest data from the Department of Revenue, reveals a wide variation in property tax assessments across Illinois.  The conclusion is drawn by looking at the Coefficient of Dispersion (COD), which compares the assessment ratio for properties sold with the median level of assessment.  In simple terms the smaller the COD number, the closer to the median and more uniform the assessment.  A perfect score would be zero.

The COD is not entirely dependent on the quality of the work done by assessing officials.  A low COD is highly correlated to the homogeneity of property within the taxing district.  It is easier to achieve a low COD in taxing districts with large numbers of similar properties than in districts which have a mix of properties or in areas where values are fluctuating.

The report shows that the average assessment uniformity is trending upwards, and will continue to improve with aided stabilization in the real estate market.  The uniformity of assessments matters because without it, the property tax system cannot be fair.

To carry a concealed firearm in the State of Illinois, state law requires an Illinois Concealed Carry License.  Since the concealed carry license became available in 2014, applications for the special permits have been on the decline each year.

There could be various reasons for this including the pent-up initial demand for permits in Illinois which was the last state to allow conceal carry.  There are also a shrinking number of places permit holders can carry a weapon.  Many businesses and venues ban weapons, such as at the Illinois State Fairgrounds, public buildings and university campuses.

Another reason is the changing political landscape.  As soon as the law was approved many rushed to get their permits before an anticipated presidential executive order.

I have sponsored an annual summer reading program for well over a decade to help encourage young readers to continued learning during the summer months.  Reading is influential in brain development, comprehension and memory.  Those who successfully read at least 8 books were invited to a special celebration including ice cream (custard).

A local vendor has helped supply the custard and explain all the delicious ingredients.  I enjoyed meeting the students, hearing about their favorite books and reading a few books with them.

We also had a chance to discuss the Illinois bicentennial which will be held next year and some of the notable events and inventions that have occurred during that time.  For example, can you name the four U.S. presidents who lived in Illinois, or the 3 cities which have been home to the state capitol?

During the next year every community across the state will be asked to hold a bicentennial event or celebrate something from Illinois’ history.  The state planning committee also encourages each community to create something that will last for years to come, such as the murals that were painted on buildings for our country’s bicentennial.

Have a great weekend; perhaps I’ll see you at Elburn Days. 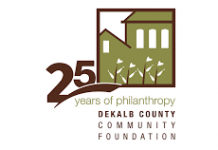 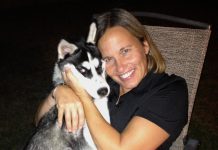 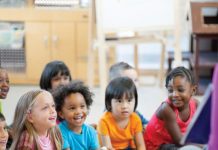