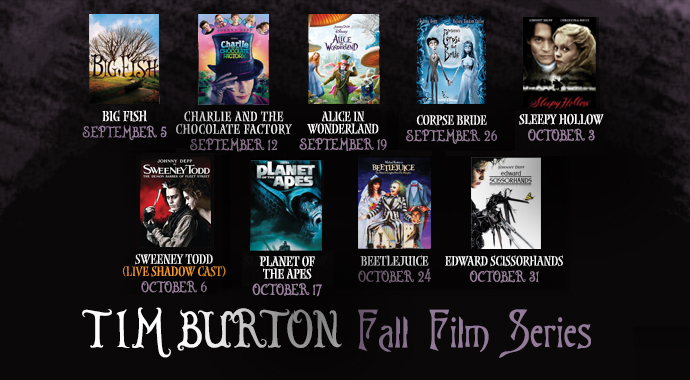 Get in the mood for Halloween this Tuesday, September 26th by going to see the movie ‘Corpse Bride’ at 7:00 PM at The Egyptian Theatre in DeKalb. The showing is part of the Egyptian’s Tim Burton Fall Film Series, which will show a different movie each week until the holiday.

Tim Burton is an American film director, producer, artist, writer and animator. He is known for his dark, gothic, eccentric and quirky fantasy films. He is the ninth-highest-grossing director by worldwide box office ($3.979 billion). The rest of the series can be seen below.