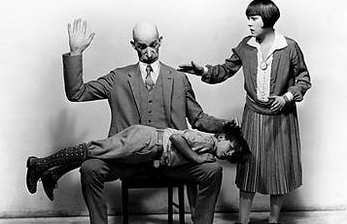 When DeKalb Mayor Jerry Smith took office in May, he said repeatedly that “It’s a new day in DeKalb.” Well it appears that that new day has turned into miserable night. The honeymoon is now over for the citizens of DeKalb.

You may recall the Mayor repeatedly said he would never ‘throw anyone under the bus.’ It looks like the windows on the bus have been rolled down and the citizens of DeKalb are being tossed off, one by one.

At the August 28 city council meeting, Mayor Smith asserted that citizen comments at the August 14 meeting amounted to ‘personal criticisms’ related to city employees and showed a “lack of respect.”

The citizen comments were not personal in nature whatsoever. The comments dealt with the public performance of a city employee who is tasked with dealing with assisting the public as it relates to FOIA. This is a position that requires public interaction and exemplary customer service. Mr Mayor, “respect” must be earned. By announcing you intend to silence future critics of the city is unforgivable.

In all my time observing City council meetings, this is the first time I ever witnessed a DeKalb Mayor advocating censorship. Mr. Smith, should be ashamed of his comments. It appears to me the Mayor has lost his neutral stance between citizens and city staff. The Mayor, obviously received a “talkin’ to” from city staff and was taken out back to the Barb City “wood shed,” and was read the riot act.

The fact that as many as three citizens (that we know of) have publically spoke out about the same city staff member and the poor treatment they received from the staff member, should cause city leaders to take notice of the fact that there may be a problem with this person. The Mayor is blind to this.

The Mayor needs to differentiate between criticism of a job performed and “personal remarks.” The public testimonies levied by the citizens are all a statement of what each citizen witnessed as it related to the city employee.

The Illinois Bar Association published a brief that states that the Illinois courts have affirmed that the OMA right to free speech is based on the US Constitution.

The act reads, in part:

(g) Any person shall be permitted an opportunity to address public officials under the rules established and recorded by the public body.

We can all agree there is no place for personal attacks based on gender, ethnicity, religion, appearance.

The Mayor needs to take back his remarks and apologize to the citizens of DeKalb.